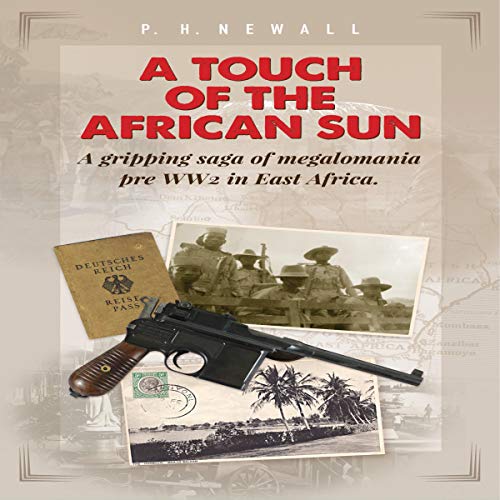 A Touch of the African Sun

This saga is led by that complex character von Tabis, a psychopath, whose monumental ego, and fantasies of power and grandeur, were given fortuitous reign by his unexpected transfer to tranquil Tanganyika (Tanzania) just before World War II.

His South African co-conspirators who fell under the spell of von Tabis illustrate how his charismatic and compelling personality stimulated their latent dreams and ambitions.

A colorful diversity of characters adds atmosphere and mystery that is unique to Africa.

Despite a remarkable degree of success toward his madcap schemes, von Tabis, blinded by reality, stumbles inexorably toward his ultimate destiny.

What listeners say about A Touch of the African Sun