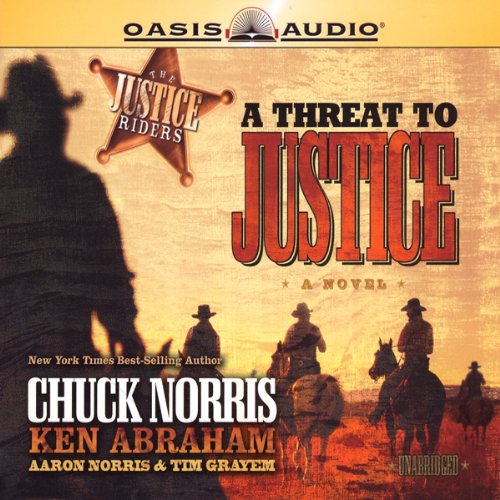 A Threat to Justice

By: Chuck Norris,Ken Abraham
Narrated by: Rick Plastina
Try for $0.00

As book two of The Justice Riders series begins, Ezra Justice and his elite group of special operation soldiers have just helped General William T. Sherman put an end to the Civil War and must go their separate ways . . . but not for long. Scattered to the Ku Klux Klan-ridden South (former slave Nathaniel York), a hostile Midwest Sioux reservation (medicine man Harry Whitecloud), and the rugged goldmine towns of California (the notorious Hawkins twins), these pioneering men face plenty of dangers apart from one another.

Yet each knows there is something more powerful at work when they journey together. Suddenly, when General Sherman finds himself in need of a post-Civil War team to combat the armed resistances against President Ulysses S. Grant and his efforts to reconstruct America, Justice and company ride again. Chuck Norris and friends deliver another winning tale of unmatched adventure, simple faith, and surprise romance in A Threat to Justice.

"In the great tradition of Zane Grey and Louis L'Amour." (AmericanCompass.com)

What listeners say about A Threat to Justice