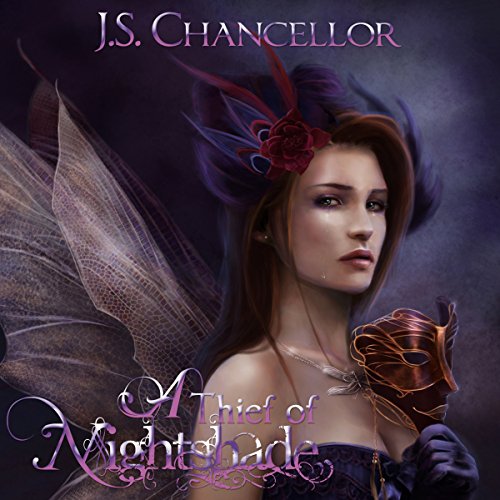 A Thief of Nightshade

At least, it wasn't supposed to be.

Aubrey never expected to fall in love with and marry her graduate writing professor Jullian. His life's work, a grim fantasy titled A Thief of Nightshade encompassed everything Aubrey hated about fairy tales and make-believe.

After Jullian goes missing and is eventually presumed dead, Aubrey discovers just how make-believe the world of Nightshade is.…

Not only is Jullian alive and well in Avalar, he's at the mercy of the Dark Fae, condemned to a fate worse than death, with no memory of Aubrey or his time in her world. In order to save him, she'll have to confront more than just the demons in her past, but the very real ones that await her in a place she never thought could exist.

All of them will do everything in their power to stop her.

What listeners say about A Thief of Nightshade

Would you listen to A Thief of Nightshade again? Why?

If you liked the Narnia books as a child you'll love this darker story that has the same style, feeling and fantasty elements. The writing is beautiful and sensitive and I was artfully transported to other worlds. The narrator captured the lyricism with her beautiful voice and artful, credible characters and emotion. I'd read this again and recommend it highly.

A fairy (faerie) tale for adults

This is one of my favorite books. It's an unusual, but refreshingly realistic fairy tale in the vein of Grimm's and Pan's Labyrinth that's a twist between romance and fantasy. It's surprisingly deep, and the story is creatively told by alternating chapters so the reader is right in the action but also getting the depth of character development that usually only comes from a long book series. I'm a guy who likes guy fantasy and unique fiction, so this story definitely fits for both a male or a female readers. It's charming, witty, and endearing, and most of all, WELL-WRITTEN, so I count it as a must read.