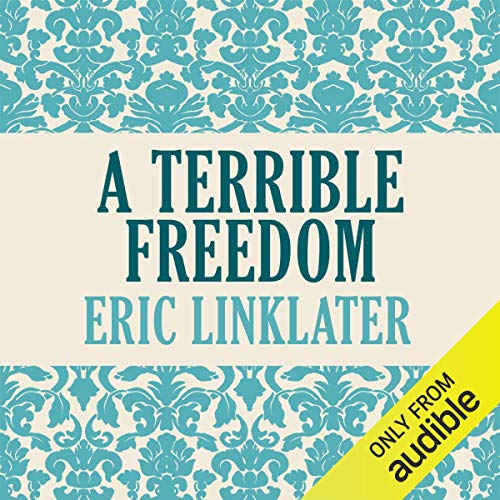 Eric Linklater's brilliant novel tells the story of a double existence. Evan Gaffikin, 60ish, grumpy, and bored with his dull commercial success, discovers and develops his power to dream: to dream in such depth and in such glowing reality that he is able to escape his extraordinary existence. We learn of his double life as scenes from Gaffikin's real life alternate with his surrealistic, vivid, and often hilariously bawdy forays into the world of unreality. As his dream-world and its remarkable characters, gradually get the upper hand, the tension of the novel rises and the climactic sequence - in a yacht off the Hebrides - is mysterious and exciting.

A Terrible Freedom could, perhaps, be described as an idiosyncratic venture into the realm of science fiction; but it may be preferable to see it as a conventional novel built with classical composure of unconventional material. Either way it is a tour de force of imagination and narrative skills.

About the Author: Eric Linklater (1899-1974) wrote scores of novels for adults and children. He was also a journalist in India, commander of a wartime fortress in the Orkney Islands, and rector of Aberdeen University.