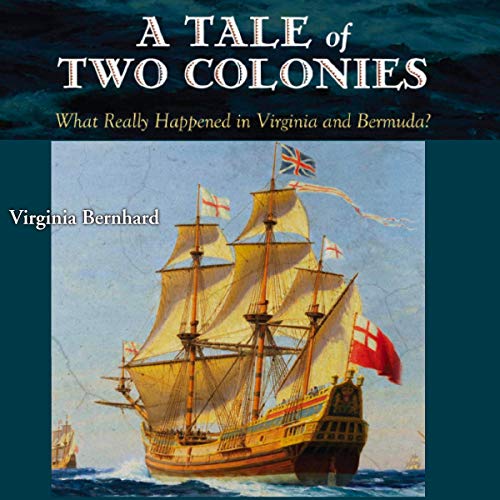 A Tale of Two Colonies: What Really Happened in Virginia and Bermuda?

By: Virginia Bernhard
Narrated by: James McSorley
Try for $0.00

In 1609, two years after its English founding, colonists struggled to stay alive in a tiny fort at Jamestown. John Smith fought to keep order, battling both English and Indians. When he left, desperate colonists ate lizards, rats, and human flesh.

Meanwhile, the Virginia-bound Sea Venture was shipwrecked on Bermuda, the dreaded, uninhabited “Isle of Devils”. The castaways’ journals describe the hurricane at sea as well as murders and mutinies on land. A year later, in 1610, the Bermuda castaways sailed to Virginia in two small ships they had built. They arrived in Jamestown to find many people in the last stages of starvation; abandoning the colony seemed their only option. Then, in what many people thought was divine providence, three English ships sailed into Chesapeake Bay. Virginia was saved, but the colony’s troubles were far from over. The company poured thousands of pounds sterling and hundreds of new settlers into its venture but failed to make a profit, and many of the newcomers died. Bermuda - with plenty of food, no native population, and a balmy climate - looked much more promising, and in fact, it became England’s second New World colony in 1612.

A Tale of Two Colonies examines the existing sources on the colonies, sets them in a transatlantic context, and weighs them against circumstantial evidence.

“This is a rich, lively, and reliable narrative and an important contribution to Atlantic studies.” (Alden T. Vaughan, author of Transatlantic Encounters: American Indians in Britain, 1500–1776)

What listeners say about A Tale of Two Colonies: What Really Happened in Virginia and Bermuda?