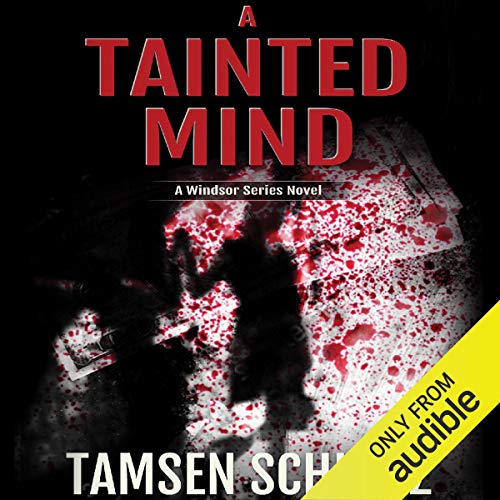 By: Tamsen Schultz
Narrated by: Katina Kalin
Try for $0.00

Obsessed with her job as a medical examiner and lead consultant with the FBI, Dr. Vivienne "Vivi" DeMarco is a woman running from her own demons. And finding the remains of a body on the side of a road in rural upstate New York wasn't part of her plan.

Frustrated that the ghosts from his past won't leave him alone, Ian MacAllister makes for a reluctant Deputy Chief of Police of Windsor, New York. But as more victims are discovered, all women that bear a shocking resemblance to Dr. DeMarco, he knows he'll need to call on all the skills he learned as an Army Ranger if he wants to keep her safe.

Denied over and over again of the one thing he desires most, a killer may have finally reached his breaking point. The only question that remains is, will he take Vivi and Ian with him?

What listeners say about A Tainted Mind

First time read(listen) to this author. A whole cast of characters that lends credence to future books. I enjoyed getting to know everyone and the drama.
The one drawback is the first time the killer is mentioned I knew who it was. I did like the way she redirected and the sub plots that came out at the end. Definitely interested in book 2

I wasn’t sure what to expect, but was intrigued by the sample, so I was pleasantly impressed. This is not my usual genre of choice (that being sci-fi). Performance was good but sometimes I just felt that the main female character (Dr. Demarco) voice was to girlish. Sometimes my inner ear (my mind’s eye) hears things differently than portrayed in a performance. But it was fun, it’s a thumbs up from me.

I really enjoyed this book. The narration was ok. I needed a break from my romance novels and this was a great choice!