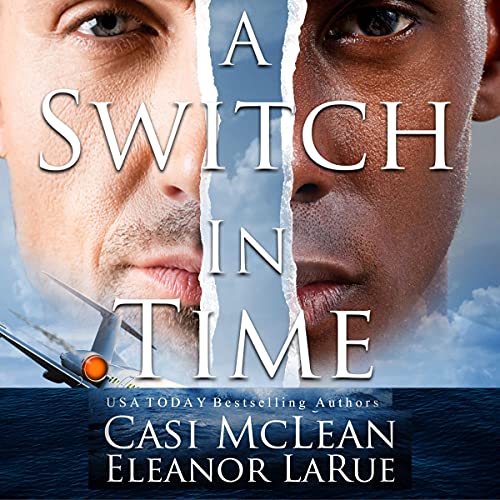 A Switch in Time

The President Is Missing....

A note from the author: My mother, Eleanor LaRue, initially wrote this manuscript in 1960, but never had it published...she left it to me when she passed away in 1995....

I began writing. I found the story when I moved a few years ago and felt compelled to bring her story to life. Over the last two years, I've updated, edited, tweaked, and added a time travel element for a contemporary spin. My mom lived decades before her time, but her message is as significant today as it was in 1960. Thank you for listening to our novel!

After years of studying to realize his dream, James Rucker’s future explodes when he’s falsely accused of cheating on his final exams. Vowing he’s had enough, he joins a civil rights movement. But his trip to connect with the anarchists stops cold when his flight is struck by lightning and plummets into the ocean.

Can one man's soul rip through time to a different era...survive a plane crash...and mitigate a broken man’s rage in time to save his own nation from total destruction?

"Casi McLean takes us on an incredible journey through the underbelly of society with a premise ripped from today's headlines. A gripping political thriller." (N.N. Light’s Book Heaven)

What listeners say about A Switch in Time