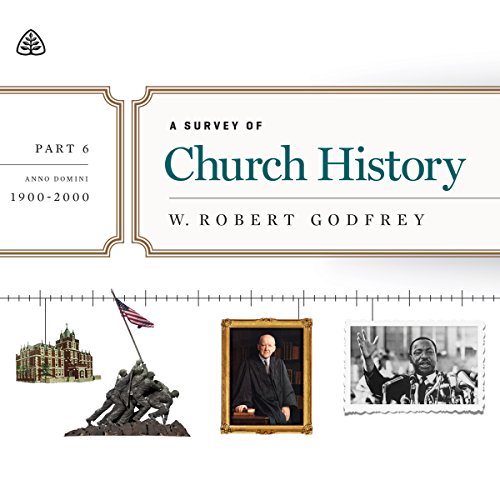 The 20th century witnessed the rise and fall of empires as well as the vast growth of the church through world missions. In many ways the 20th century contains the best and worst of human history. In this lecture series, Dr. W. Robert Godfrey considers the development of the church in the modern world, even as world wars, social revolutions, and doctrinal controversies threatened its expansion. Though the church met many challenges in this century, Christ continued to build his church as his gospel spread throughout the world.

What listeners say about A Survey of Church History Teaching Series, Part 6

R C Sproul is one of the best speakers I have listen to over the years. In these series he schematically introduces the history of the church in the most objective way possible. It is only fair that he focuses on the reformed church and theology given that is his denomination as presbyterian. But the insights and lessons are amazing. You will enjoy the journey and learn. Educated Christians are effective Christians

Short lectures very helpful in laying down the lay of the land . Not too detailed for minds that just want an overview .

Robert Godfrey is very easy to listen to and brings a depth of knowledge and experience and I think is without contemporary peer.

This is an educated review of church history muddied by a fervently held.theolgical position that is not explained since the author is preaching to his own. Nevertheless I found it helpful if inexplicable at times.