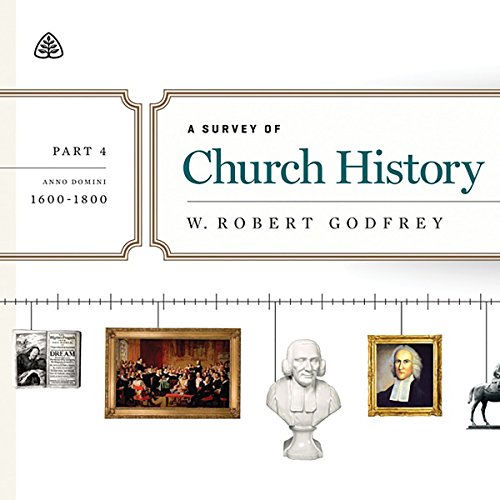 As the Protestant Church carried the Reformation into the 17th and 18th centuries, it faced numerous challenges from without and from within. Europe was witnessing dramatic changes as the medieval world began to give way to the modern. Having broken with the Roman Catholic Church, Protestants faced the prospect of ever-deepening division among its own members. But despite the numerous threats, the Reformed church pressed forward.

In this series, join Dr. W. Robert Godfrey as he surveys the history of the Reformed Church in the English-speaking world. You will study the Puritans from England to New England. You will also meet such notable figures as John and Charles Wesley, George Whitefield, and Jonathan Edwards, all of whom played major roles in the First Great Awakening.

What listeners say about A Survey of Church History Teaching Series, Part 4