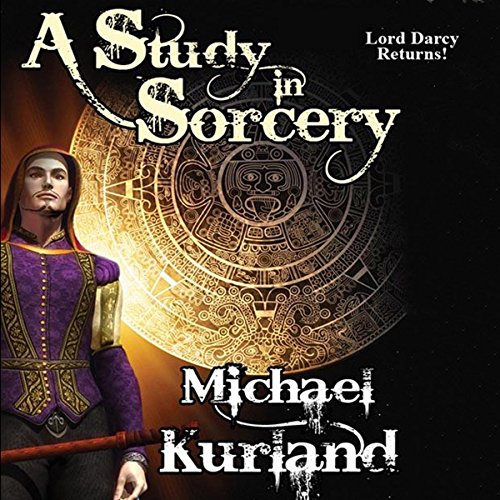 A Study in Sorcery

By: Michael Kurland
Narrated by: John Mawson
Try for $0.00

It is the year 1989 in the Angevin Empire - an alternative universe much like our own, save for two vital differences: the House of Plantagenet (the descendants of King Richard I the Lion-Heart and his nephew, Prince Arthur) still rules in England and France and the New World; and, the science of magic has displaced the magic of science. But magic can't solve everything.

In a temple atop an ancient Azteque pyramid in New England, where bloody sacrifices were carried out and the beating hearts excised from living victims to appease a horrific god, lies a freshly-killed body of a young warrior prince, his heart ripped out of his chest. And yet the Azteques gave up blood sacrifice hundreds of years ago, and the temple has been deserted for over two hundred years! Lord Darcy and his trusted forensic magician Master Sean O Lochlainn must discover who killed the prince and how - and why - or risk a war between the Angevin settlers and the Azteque Empire.

What listeners say about A Study in Sorcery

Lord Darcy in The New World

this wasn't the most absolutely fabulous entry in the Lord D'Arcy series, but it was a lot of fun and it is always a joy to hear from our old friends again. Michael Kurland has done a fine job in reinvigorating Glee series, and I hope to hear more of him in the future.