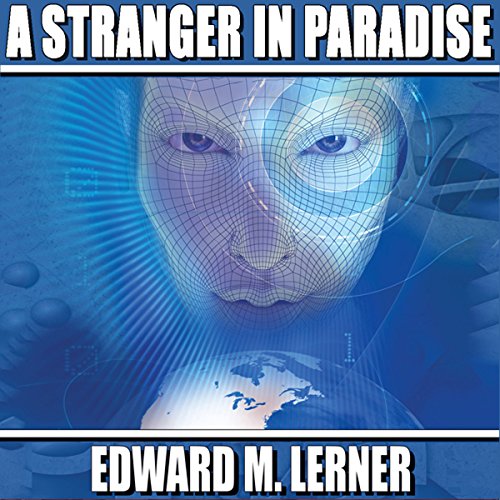 A Stranger in Paradise

"A Stranger in Paradise": The Firster generation ships spread humanity thinly across a million cubic light-years, in hundreds of tiny enclaves in as many alien environments. Many colonies eventually died out. Some managed to eke out a hardscrabble existence, their memories of Earth warped or nonexistent. Few retained any vestige of civilization...and for those who somehow survived, there is the Reunification Corps.

"Two Kinds of People": Dale's day job, of which he was thoroughly sick, was in accounting. That made him, if not a man of science, at least a man of no nonsense. He expected the world to follow rules. All worlds. Even the world made up in his head. Two plus two would always equal four. Enron and Arthur Andersen showed what happened when one tried to pretend otherwise...but maybe reality is more nuanced than Dale can imagine.

And also stories about:

The threat to your civil rights lurking in your tires and sneakers
©2010 Edward M. Lerner (P)2012 Audible, Inc.

What listeners say about A Stranger in Paradise