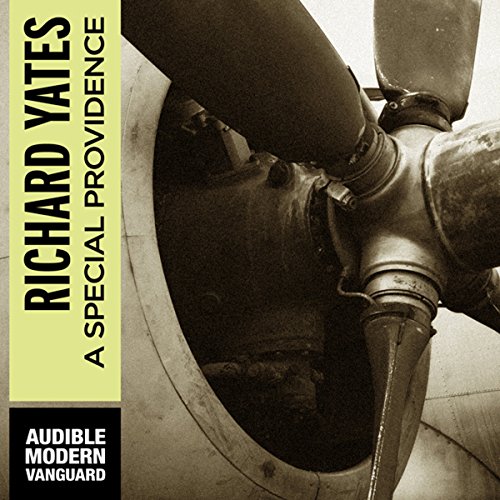 By: Richard Yates
Narrated by: Jeff Woodman,Suzanne Toren
Try for $0.00

Robert Prentice has spent all his life attempting to escape his mother's stifling presence. His mother, Alice, for her part, struggles with her own demons as she attempts to realize her dreams of prosperity and success as a sculptor.

As Robert goes off to fight in Europe, hoping to become his own man, Richard Yates portrays a soldier in the depths of war striving to live up to his heroic ideals. With haunting clarity, Yates crafts an unforgettable portrait of two people who cannot help but hope for more, even as life challenges them both.

"Soft-spoken in his prose and terrifyingly accurate in his dialogue, Yates renders his characters with such authenticity that you hardly realize what he's done." (The Boston Globe)
"One of America's best-kept secrets.... Keenly insightful, brutally honest...delivering a swift kick to the heart." (The Denver Post)
"Yates writes powerfully and enters completely and effortlessly into the lives of his characters." (The New York Times Book Review)

What listeners say about A Special Providence

Fantastic ! Another masterpiece by Richard Yates, He's a genius.I love his characters all so real.Beautiful storyteller.

What did you like most about A Special Providence?

The prose of some writers just seems to work when read out loud. All of the Richard Yates audio books I have listened to from Audible have been a pleasure to listen to: I wish there were more. In 'A Special Providence', the performances were particularly superb and the use of a male and female actor to play the two protagonists worked really well. The novel itself is a masterpiece. Overall, this is one of the best audio books I have ever listened to.