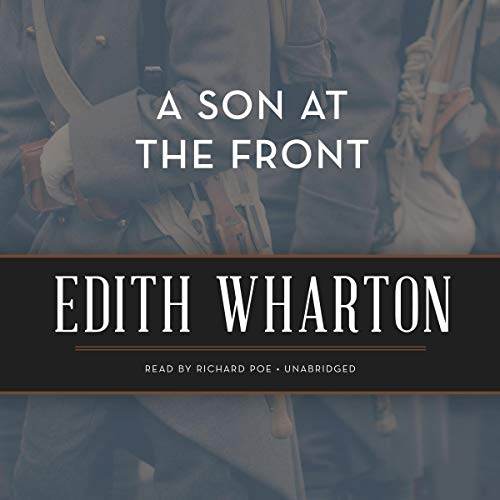 A Son at the Front

A Son at the Front

By: Edith Wharton
Narrated by: Richard Poe
Listen free with Plus trial

Wharton’s antiwar masterpiece probes the devastation of World War I on the home front.

Inspired by a young man Edith Wharton met during her war relief work in France, A Son at the Front opens in Paris on July 30, 1914, as Europe totters on the brink of war. Expatriate American painter John Campton - whose only son, George, having been born in Paris, must report for duty in the French army - struggles to keep his son away from the front while grappling with the moral implications of his actions.

Interweaving her own experiences of the Great War with themes of parental and filial love, art, and self-sacrifice, national loyalties and class privilege, A Son at the Front is a poignant meditation on art and possession, fidelity and responsibility in which Wharton tells an intimate and captivating story of war behind the lines.

What listeners say about A Son at the Front