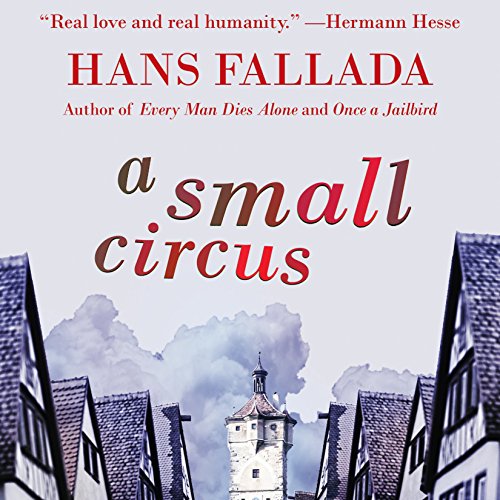 Tredup, a shabby reporter working for the Pomeranian Chronicle, leads a precarious existence... until he takes some photographs that offer him a chance to make a fortune. While Tredup contemplates his next move, the town is buzzing. Farmers are plotting their revenge against greedy officials, a mysterious traveling salesman is stirring up trouble, and all the while, the Nazi party grows stronger as the Communists fight them in the street.

As the town slowly slips into chaos, Mayor "Fatty" Gareis does everything in his power to seek the easy life. As tensions mount between workers and bosses, town and country, and Left and Right, alliances are broken, bribes are taken, and plots are hatched, until the tension spills over into violence.

From the brilliant mind of one of Germany's most celebrated writers, A Small Circus is a genuine and frightening tale of small-town Germany during a time of unrest. It belongs in the collection of every listener who has enjoyed his break-out classics.