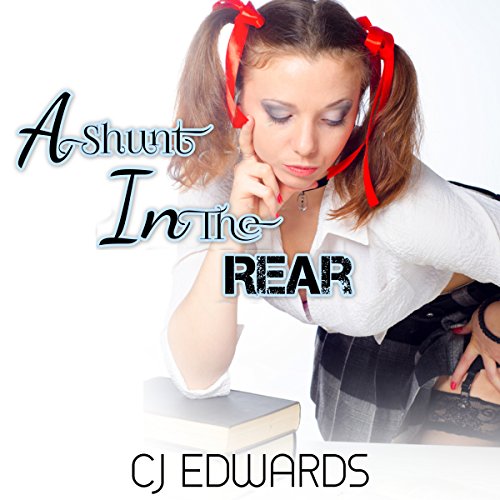 A Shunt in the Rear

In Debt for Sex, Book 1
By: Charlotte Edwards
Narrated by: Harrison Richards
Length: 20 mins
Categories: Erotica & Sexuality, Fiction
3.5 out of 5 stars 3.3 (9 ratings)
This title is included in Audible Escape

A Shunt in the Rear

Middle-aged couple Lesley and Dave had been watching their lovely 19-year-old neighbor, Millie, for some time. Having an open marriage, they often included other women in their sex games, and they were both salivating at the idea of playing with the delicious young woman. A lapse of judgment on Millie's part puts her hugely in the couple's debt, and all of a sudden they have their chance.

Lesley stood up and pulled the girl up with her, kissing her deeply and savoring her own taste on Millie's lips. She buttoned her dress back up and grabbed the young woman's hand, without allowing her the opportunity to dress herself. "Come with me," she said simply and led her upstairs naked.

Millie was impressed with the master bedroom. It was a big room that was dominated by an absolutely huge bed, a four poster with ropes fastened to each corner. She had no doubts about who they were intended for, but it wasn't the bed that Lesley led her to. There was some sort of padded bench in the middle of the floor, and that was to be her destination. As she got closer, the young woman studied it carefully. It was a couple of feet long and about the width of her shoulders. Lesley patted the top. "Jump up here," she invited.

Millie kneeled at one end and dropped forward on to her hands at the other. Lesley then busied herself with ropes that were built into the furniture. She securely tied the girl's hands to the upholstery and then changed ends to do the same with her ankles. She then had a good look at her work, and sure enough, Millie was tightly fixed on her hands and knees with very little freedom of motion.