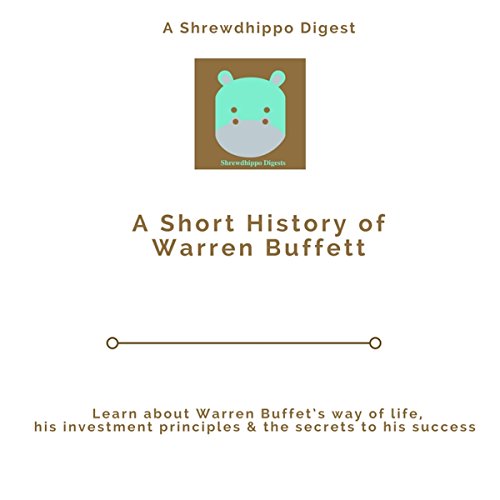 A Short History of Warren Buffett

A Short History of Warren Buffett

This digest captures Warren Buffet's way of life, his business sense and principles and the secrets to his success.

The story begins when Buffett was six years old, intrigued by the ideas of risk and probability. At age 11, he was already dabbling in trading having bought three shares of Cities Services for himself and three for his sister. In 1964, he bought Berkshire Hathaway, a Massachusetts textile firm and he managed to grow it to the 12th largest company in the US.

Despite having amassed $62 billion in wealth, Buffett barely indulges. He pays himself a salary in the range of US$50,000 - US$100,000 and makes massive contributions to charities instead. He made the largest charitable donation on the planet in 2006 to the Bill & Melinda Gates Foundation.

One of the greatest investors the world has known, this digest captures intimate details of his life and successes.