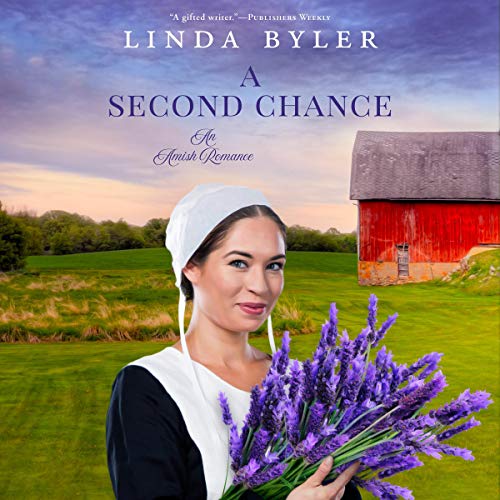 By: Linda Byler
Narrated by: Katie Koster
Try for $0.00

How long will Edna have to wait for the love of her life?

For years, Edna Miller has found herself drawn to Emery Hoschtettler with an attraction she can explain no better than she can put a stop to it. Other suitors come and go, but none make her feel the way she feels around Emery - that incredible floating feeling, as if she was walking on air, mixed with a painful desperation to be ever nearer to him. Despite the fact that Emery seldom seems to pay her much attention, she decides it would be unfair to marry anyone else when her heart longs only for him. He hasn’t seriously dated anyone else either, so perhaps he’s just waiting for the right time to ask her . . .

By the time Edna is twenty-nine, most of her family and friends have given up hope of her ever marrying. Why she didn’t give that nice man Jonathan more of a chance was beyond them. Sure, he had a bit of a limp from the tractor accident, but he was kind as could be, not to mention wealthy. Was she so vain that she could only judge based on outward appearances? Well then, she could go ahead and be a maud for the rest of her life, cooking and cleaning for other families.

When Emery finally asks Edna out, she can hardly contain her joy. Everything is coming together - God is rewarding her patience! Her family will understand why she could never settle for anyone else.

But what if Emery isn’t the man Edna was so sure he was? Is there something he’s hiding, or is Edna simply unable to accept true love after so many years of waiting? Would God really lead her all this way, just to leave her alone again?

What listeners say about A Second Chance

A perfect capturing of the struggles and accomplishments of a blended family amd of God's Love!

This is a great story. Take the time to read it you will not be disappointed.

This is a good romance story that is worth reading. It is not a happily ever after it is more like reality. This is more like the way life actually turns out in the real world. It is filled with beautiful ups and the downs that we face in the real world. It is well written and I will say that this story could actually be somebody’s life‘s journey. It is what I would call a teachable story but encouraging. Take the time to read it.

Most Real Life Romance I Ever Read

Linda Byler, thank you for writing a romance that showed the real life ups and downs of real relationships. So many stories start with how they hate each other, realize it is love and then live happily ever after. I loved seeing characters with human flaws, dealing with real life issues in human ways.

I love this book. I hated hearing "The End".
Edna's was refreshing. A must listen!!

I have listened to a good number of Linda Byler’s novels. This is my favorite! It held a foundation that supported the insecurities of the characters and their strengths while navigating through life. Such a treat to see the growth of the adults as well as the children. Beautiful way to show the struggles of parenting children that come into your life.💗

This book was so boring. I did not finish it. I have however enjoyed others you have written

everytime you think the story has come to an end another twist is added. very good character development. a little abrupt ending leaves you wanting more

Slow moving and repetitive. No identifiable story line. Too long winded. Not well written or read.