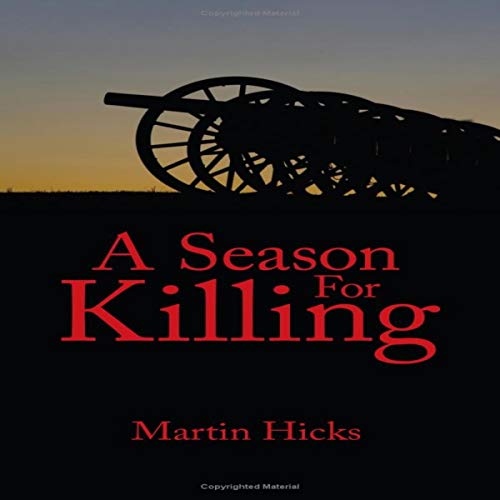 A Season for Killing

By: Martin Hicks
Narrated by: Robert Sebastian Cooper
Try for $0.00

A Season for Killing is told from the perspective of Daniel Ryan, a corporal in Robert E. Lee's Confederate Army of Virginia in 1864 during the American Civil War, as the brutal campaign in the spring and summer of that year unfolds. Ryan, an Irish immigrant in a Georgian brigade, serves heroically in a succession of battles as the Confederate Army is forced back through Virginia to their capital city of Richmond. Ryan witnesses the steady decline of his Confederate Army, yet he fights on as best he can. What we find in this novel are the perennial issues of conflict, turmoil, futility, and loss, contrasted with the finer human qualities of bravery, love, and hope.

What listeners say about A Season for Killing