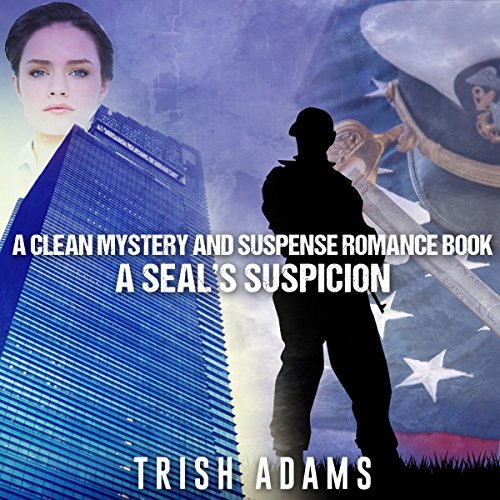 By: Trish Adams
Narrated by: Aster Breck
Try for $0.00

Clare is the ultimate American Dream, turning around her father's failing oil company and making it one of the most sought after corporations in the world - so sought after that someone is prepared to threaten in order to get it. Clare needs protection.

Jason Leonard was a struggling ex-SEAL. His protection business was new, so he was more surprised than most when he received a call from one the country's leading business women.

Jason and Clare don't always see eye to eye about how he should protect her, neither do his investigations seem to be making much headway. But as the friction builds, so does the chemistry.

But who is behind the threats that tell Clare she must sell?

What listeners say about A SEAL's Suspicion

It maybe clean but it’s stupid. Contradictions. Do this then never do that. “This room has been tossed”. Do they leave? Investigate? No let’s take a nap. Does investigate brother, driver? No. So unbelievable.