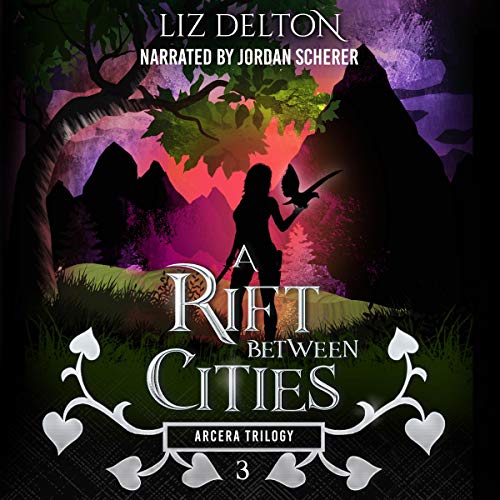 A Rift Between Cities

By: Liz Delton
Narrated by: Jordan Scherer
Try for $0.00

Skycity's army is ready for war. It's up to Sylvia and her friends to stop them.

The war of the Four Cities is on, and Governor Greyling will stop at nothing to get what he covets. With the promise of Seascape's technology as his prize, he rallies his army to eliminate his one threat: Meadowcity.

Armed with the technology Seascape gifted her, Sylvia fights hard to ready Meadowcity for the oncoming attack.

But when Sylvia goes missing in the wilds, no one is prepared to rescue her - except Atlan Blackwater of Seascape.

But can he get to her before it's too late?

The army is approaching.

Time is running out.

How many cities will survive?

What listeners say about A Rift Between Cities

I thought this was a great conclusion to the trilogy. I really enjoyed the story and building of characters over the course of the series. I like the narrartor and would recommend this series.