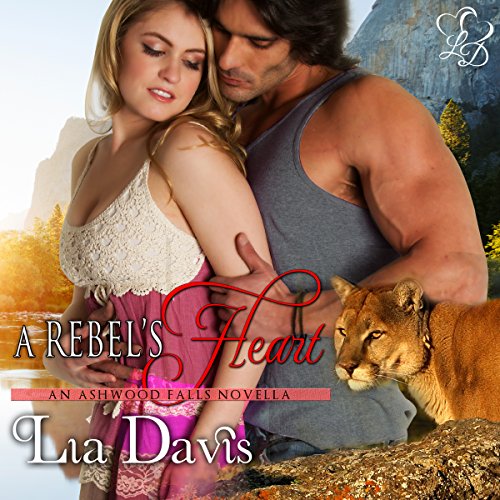 Widow and mother to five full-grown males, Sarah Matthews lives the best she can - one day at a time. Now that her babies are having babies, she relishes spoiling her grandkids. But her inner mountain lion is restless, and Sarah can't shake the feeling that something is lurking in the woods surrounding her home. The unease becomes a reality when a man, who she thought died with her mate five years ago, comes back into her life with trouble on his heels.

Damian Palmer never considered revealing his existence to his best friend's widow. Hell, he didn't know how she'd react to knowing that he had been alive for the last five years while her human mate was dead.

When he gets word that Sarah has become the next victim of Shield, a human rebel organization set up to hunt and kill shapeshifters, Damian must go to Sarah and uphold his best friend's dying wish to keep her safe. Buried pain, old lies, and dangerous secrets aren't enough to keep the sparks from flying as they try to survive a new threat against their race.

This is a very short book. I liked it but wish that there was more. It shows us a glimpse into Sarah's life.
Sarah is Nevan and Graham's mother. She has already lost two mates and is ready to give up. But when someone she thought dead reappears in her life to save it. She gets a third chance at happiness.

Someone who's looking for a quick, and sweet read.

What was most disappointing about Lia Davis’s story?

How this wasn't even a second chance love story, but a love story of convenience. I truly feel that this story was unnecessary, these two characters could've been mention in book 4 as mates, there didn't need to be a novella about them. Also, nothing in this story brought progress to this series, it was a filler.

I don't have a favorite scene.

What character would you cut from A Rebel's Heart?

Sarah. Her character was really bland.

Would you consider the audio edition of A Rebel's Heart to be better than the print version?

This is hard to answer because I love both (book and audio).

Sarah, she is a survivor.

What does Annika Hart bring to the story that you wouldn’t experience if you just read the book?