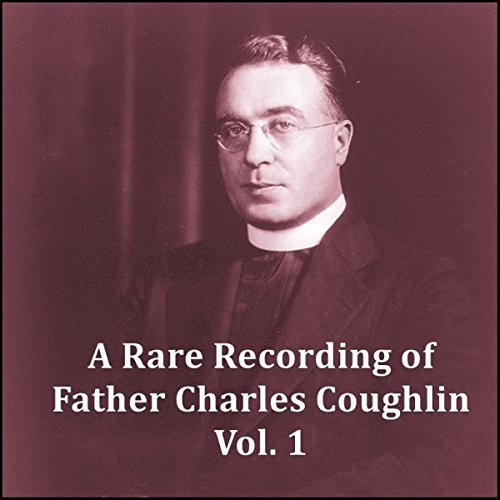 Father Coughlin was a controversial Canadian American Catholic priest based in Michigan. Calling for monetary reforms, the nationalization of major industries and railroads, and protection of the rights of labor, Coughlin used weekly radio broadcasts to reach a mass audience of up to 30 million listeners during the 1930s.

An early supporter of Franklin D. Roosevelt and his New Deal, Coughlin later became a harsh critic. Coughlin's commentary also became more anti-Semitic, and he supported some of the fascist policies of Hitler, Mussolini, and Hirohito. As a result, many American Catholic leaders, as well as the Vatican, wanted Coughlin silenced. After the outbreak of World War II in 1939, the Roosevelt administration finally forced the cancellation of his radio program and forbade the dissemination of his newspaper, Social Justice.

In the recording, Coughlin discusses the plight of the American farmers, an oppressive banking system, and a living wage for workers.

A Canadian Catholic priest based out of Royal Oak holding forth on Jews, Roosevelt and farmers (vol.#1 regarding the latter) - decide for yourself. He had thousands of US supporters and donors. Worth the listen. However, returning all three.