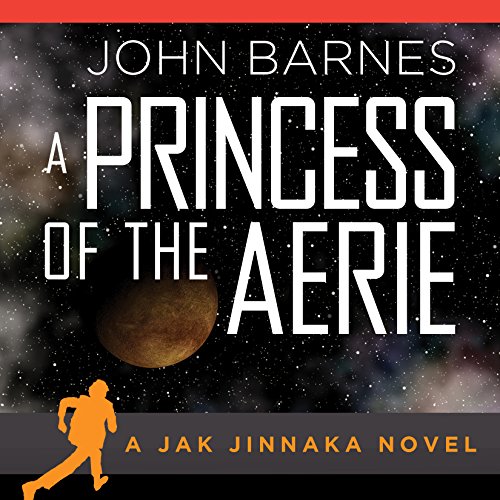 A Princess of Aerie

By: John Barnes
Narrated by: James Fouhey
Try for $0.00

Jak Jinnaka is off to save a princess yet again - except... Ostensibly a diplomat, really a spy in training, Jak Jinnaka has such a gift for getting into trouble that his fellow students have voted him "most likely to have a war named after him." His latest offense against cultural sensitivity would have ended his career at his junior year - except that the Academy is thoroughly corrupt, Jak has powerful and wealthy friends, and there's an easier way for the dean of students to get rid of him: Jak's ex-girlfriend, Princess Shyf of Greenworld (one of hundreds of nations in a space station the size of the moon), sends a cry for help that will conveniently take Jak 185 million miles out of the dean's hair. Just like that, Jak is off to save Shyf in the name of true love, the Aerie for the sake of liberty, and his own potential for a lucrative and undemanding government job. But Shyf has found a very unpleasant use for Jak, and now that she's got him, she might not let him go.

What listeners say about A Princess of Aerie