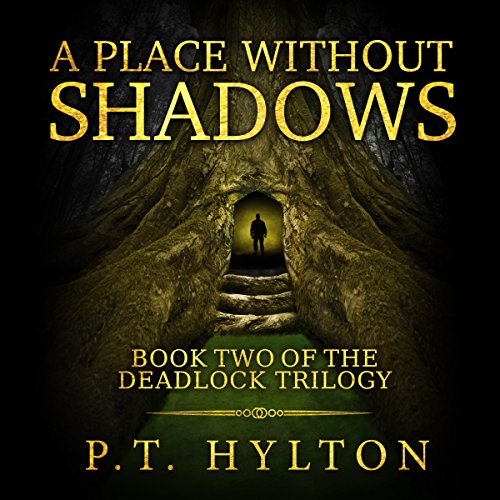 A Place Without Shadows

In Regulation 19, Frank Hinkle and his friends fought to save their hometown; now they'll have to fight for something much bigger.

Frank continues the search for his brother, Jake, but when he meets a stranger with shocking information, he's forced to face a familiar enemy.

A woman named Sophie Porter travels to Rook Mountain in search of her sister's killer. What she finds there will draw her into the fight against Zed.

Jake Hinkle only wanted to save his family, but now he's trapped in a strange forest where it's safe to go out only at night. A book with the symbol of a broken world on the cover is his only chance at survival.

Zed waits in a forest of tall, twisted trees, planning his endgame against an enemy even he fears. The battleground will be a place without shadows.

What listeners say about A Place Without Shadows

I enjoyed this second installment of trilogy but I’m disappointed that Audible only has 2 of the 3 books. Why do that?

I am really into this series. It has been a highly original and entertaining story. It's four stars is based on the story alone (I say this because the writing style is good, not exceptional, but definitely good, and I think this author's style will definitely improve and evolve). It's extremely well thought out and plotted. There are so many ways that this could have been a disaster (time-travel, time-stoppage, a place outside of place - which I'm still trying to wrap my head around but somehow Hylton makes it work) but not once was I confused or in disbelief. I can't wait to get to Book 3!