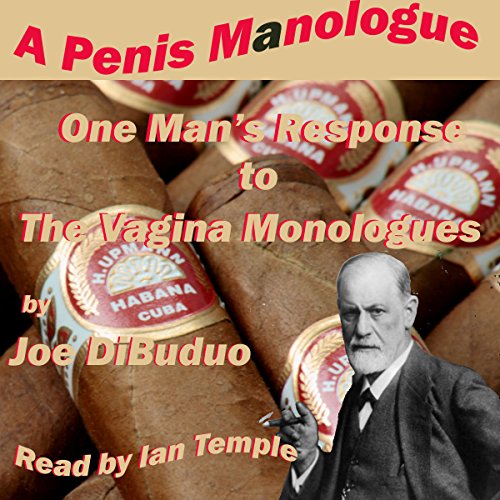 Content in this book was banned from a college classroom that studied The Vagina Monologues. After reading Eve Ensler's book and attending a local production of her play, author Joe DiBuduo wanted to respond with his distinctly creative, male point of view. DiBuduo planned to write a play or screenplay titled The Penis Chronicles. After handing out a questionnaire to a multitude of people who said they would participate, Joe received only one response. The Penis Chronicles couldn't be written with only his and another man's thoughts. Realizing how reticent most men and even his college instructor were to talk about penises, DiBuduo felt obligated to research and share his narrative about the male appendage. He ended up with one monologue - A Penis Manologue.

What listeners say about A Penis Manologue