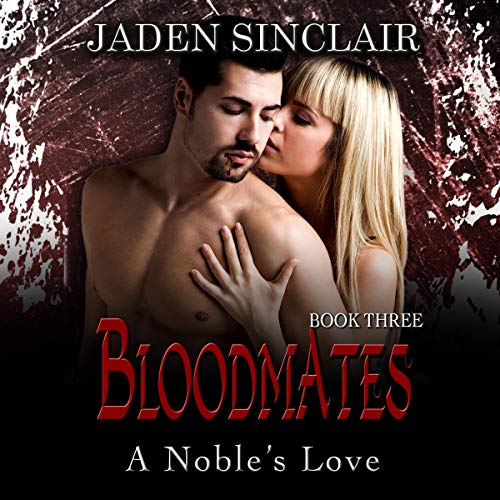 By: Jaden Sinclair
Narrated by: Michael Robbins
Try for $0.00

Sparks fly and trouble happens when an original Guardian meets up with a woman of special blood.

Shadow is one of three original Guardians left. While he’s got brains, he’s not much of a fighter. When he discovers an encrypted code while searching for clues about one of his own - another Guardian - he learns of Noble-bred females being taken and disappearing, never to be seen again. When he sees a video on his computer of two women taken from their homes, he decides it’s time to put a stop to it.

Janecka Ashford, Noble born, was born different than any other bloodmate. She can’t be matched up with just anyone because of her special blood, and that causes a big problem in a world where bonds between a man and woman are arranged. Because of her unique blood, she should’ve been put to death after birth, but her mother managed to save her life, a decision that Janecka regrets. Kidnapped and touched by a man has opened the door to her impending death. Asking for help from the one man who helped her before is the only thing that can save her life, but who can save her from the instant attraction to this man - Shadow - a Guardian?

Shadow never thought he’d bond with anyone, let alone with a Noble female. But as Shadow’s love for Janecka grows, he’s compelled to deal with changes in his own life, but also with one particular threat - a man bent on taking Janecka’s life. Bonded with a Noble comes with twists and turns, and when new blood sheds pure blood, it appears a whole new war might break out between the Guardians and Nobles.

What listeners say about A Noble's Love

As with books one and two, this book is very good and a great love story between Janecka, who is Noble born, and Shadow, one of the original Guardians. I thoroughly enjoyed this book and it is my favorite genre. Jaden Sinclair is a very talented author. Michael Robbins did a great job with the narration. I received this free copy audiobook at my request and have voluntarily left this review.

If you like vampire stories, then this one checks all of the boxes. It has action, hot sex and a page turner.
Michael Robbins did a great job narrating it. I loved his accents and the sound effects he used.

In book 3 of the Bloodmates series Jaden Sinclair has created another drool worthy love story.
Shadow, an original Guardian, may not be looked at as the strongest among his kind, but he sure knows his way around a computer.
Janeka, a Noble born female and a unique blood mate, has found herself in danger.
As soon as Shadow lays his eyes on Janeka he knows he will never be the same.
Follow their steamy connection, which grows in this wonderfully narrated story.
I am so looking forward to more in book 4! I can't wait to follow Carissa's story!

Jaden has done a wonderful job with the multitude of character interactions. Looking forward to book #4!

LOVE the sound affects, action and story line. can't wait to see how next one comes out