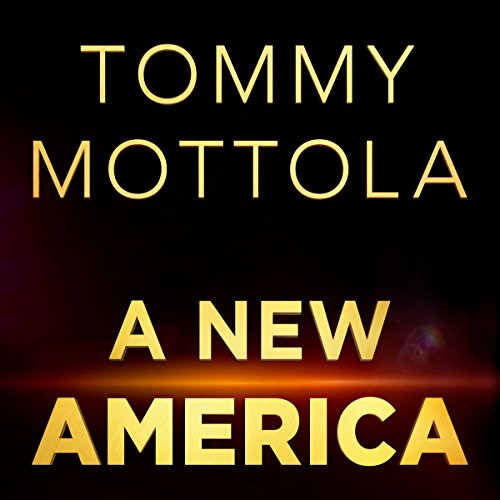 How Music Reshaped the Culture and Future of a Nation and Redefined My Life
By: Tommy Mottola
Narrated by: Rudy Sanda
Length: 6 hrs and 39 mins
Categories: Arts & Entertainment, Music

Tommy Mottola discovered a passion for Latin music when he was a small child on the streets of the Bronx, where he fell in love with the energy and rhythm of the legendary Tito Puente. It was a love he would carry with him to this day.

In A New America, Mottola explores the societal and cultural impact the Latino community and its music has had on America by sharing behind-the-scenes stories from his own life and his connection to the Latin sound throughout the decades - from his initial fascination with Latin music which started with Puente, to the mainstream success of Ritchie Valens, to the groove-laden guitar wizardry of Carlos Santana.

Along the way, Mottola reveals heartfelt accounts of his longtime collaboration and friendship with Gloria Estefan and her husband Emilio, the meteoric rise and tragic end of Selena, and his orchestration of the Latin Explosion of the 1990s that launched mega-stars such as Jennifer Lopez, Ricky Martin, and Shakira.

But A New America is more than a story about music and musicians. It is the story of a culture that continues to grow and influence America in all its aspects, and an irresistible sound that continues to move and inspire the nation.