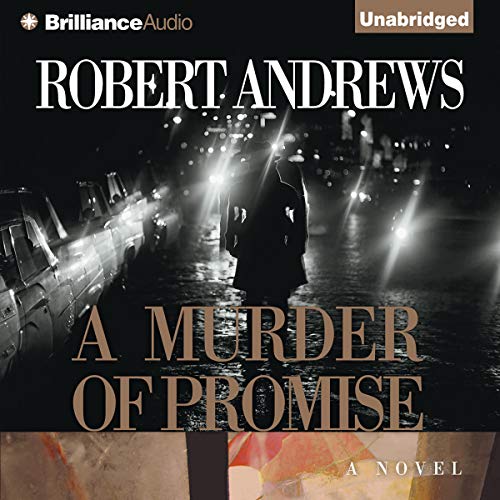 A Murder of Promise

By: Robert Andrews
Narrated by: David Daoust
Try for $0.00

When legendary Washington Post reporter Mary Keegan is found murdered, homicide detectives Frank Kearney and Jose Phelps pull up the file on another open case. There as here, the victim was a female who had been hacked to death in a public park. And there is one other link: each was missing a little finger, a grisly souvenir - perhaps the calling card of a serial killer. When, a week later, a third woman is found in similar circumstances, they're sure of it.

Kearney and Phelps are certain the killer will strike again and know they're working against time. Using the best evidence modern forensics and computer science can supply and the good guesswork 25 years of homicide investigations have sharpened, they begin to see some patterns, but not enough to connect up the dots. Then the finger of one of the victims is found sealed inside a plastic baggie in a raided crack house. Cutting corners, pulling in favors, they track the evidence back to what they believe will be the killer, only to find he is one step ahead of them. In a climactic nightmare chase, Kearney races to save the person dearest to him as he faces off against a cunning homicidal maniac.

What listeners say about A Murder of Promise