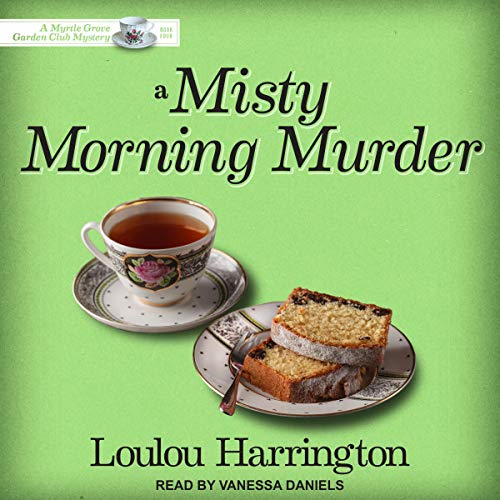 By: Loulou Harrington
Narrated by: Vanessa Daniels
Try for $0.00

Just as Jesse Camden is ready to shake herself out of her romantic rut and take a giant step forward with Sheriff Joe Tyler, a dead ex-fiance reaches out to yank her two steps back.

Misty Bennett, 17-year-old daughter of Jesse's former beau Ronald Bennett, is the closest thing to a daughter of her own that Jesse has ever had. So when Misty flees from her father's overbearing bride-to-be and travels across two states to arrive on Jesse's doorstep, Jesse takes the girl in. And when the fiancee herself shows up demanding the girl's return, Jesse sends the woman packing and vows to keep Misty safe until her father comes for her.

But when Ronnie Bennett's body is found just miles from Myrtle Grove, Jesse is left to unravel the mystery of his murder and help gather the shattered pieces of his daughter's life.

What listeners say about A Misty Morning Murder

Loulou Harrington is a great author. And I love Vanessa Daniels voice! It makes the book even more engrossing! The storyline kept me interested from beginning to end. So many characters to understand and figure out ! The end was surprising too! Thank you!❤️

What a Great Story

Thought it was great and moved at a nice pace. Enjoyed the entanglement of the characters even though the daughter doesn't come put that great. Really enjoyed it and looking forward to other LouLou Harrington reads.