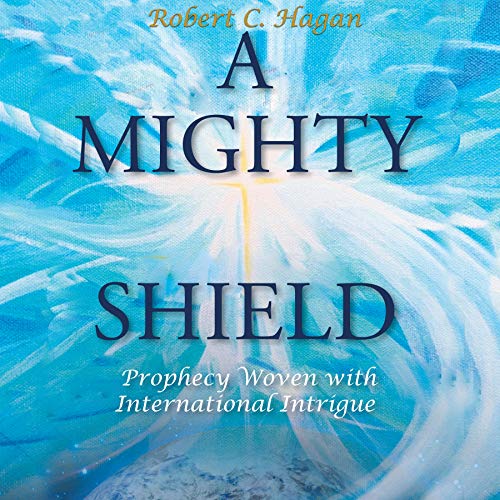 By: Robert C. Hagan
Narrated by: Jonathan Waters
Try for $0.00

Laura discovers that her unique heritage buried deep within Russia’s mysterious past suggests she embodies Russia’s best hope for survival. Laura accepts a dangerous mission, one she believes is ordained by God. When extreme perils and evil adversaries assail Laura, her blind husband, Ben, with help from his guide dog, struggles to protect her.

A beleaguered couple is inexorably drawn into the frothing vortex of a worldwide war. God intervenes to erect a mighty shield protecting Israel and much of the world from nuclear annihilation. The mysterious past embraces Laura and Ben in unexpected ways.

A Mighty Shield is a stand-alone sequel of Joint Eagles.

What listeners say about A Mighty Shield