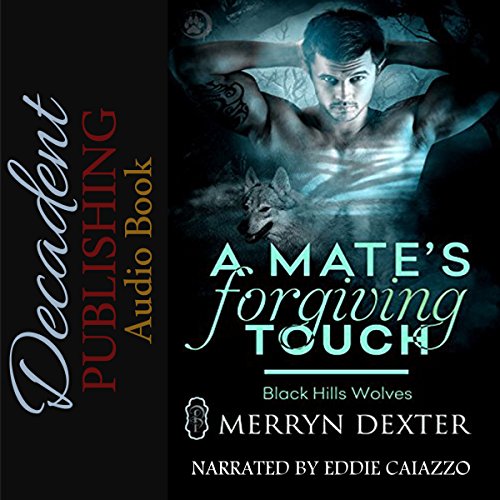 By: Merryn Dexter
Narrated by: Eddie Caiazzo
Free with a 30-day trial

A wolf on the run

Tired of running from the past, Connor Burrows is working his way home to Los Lobos. He knows he needs to face his family and finally come to terms with the horrors of their shared past. When he stops in the small town of Franklin, the last thing he expects to find is a lone wolf who smells like perfection and takes no prisoners.

Trapped by the beast inside

Bailey Clarke is a freak of nature. Her father has told her so since she was a little girl. Hiding the beast inside grows harder every day. When a handsome, charming, infuriating stranger rides into town, he threatens to destroy the carefully constructed walls she uses to protect herself, and everyone else around her.

A man on a mission

Connor is determined to claim Bailey as his mate. His dominant nature loves the challenge this sparky little wolf presents both in and out of bed. He won’t let anything stand between them – not her father, and certainly not Bailey’s own fears and doubts.

Tamed by the wolf within

Bailey sees what her life could be, if she can only learn to trust for the first time in her life. Before she can accept Connor as her mate, she will have to repair the broken bond between herself and her wolf. Will her secrets destroy their chance at happiness?

A race against time

Newly mated, Connor and Bailey find themselves in a fight for their lives. Family ties will prove their deadliest threat and their greatest salvation.

What listeners say about A Mate's Forgiving Touch