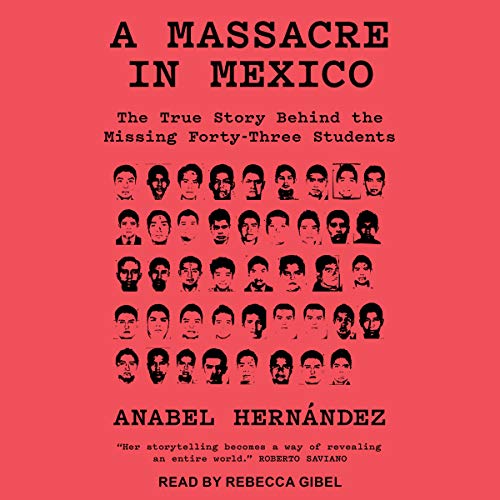 A Massacre in Mexico

Noted Mexican American journalist Alfredo Corchado refuses to shrink from reporting on government corruption, murders in Juarez, or the ruthless drug cartels of Mexico. One night, Corchado received a tip that he could be the next target of the Zetas, a violent paramilitary group - and that he had 24 hours to find out if the threat was true. Midnight in Mexico is the story of one man's quest to report the truth of his country - as he races to save his own life.

The world has watched stunned at the bloodshed in Mexico. Thirty thousand murdered since 2006; police chiefs shot within hours of taking office; mass graves comparable to those of civil wars; car bombs shattering storefronts; headless corpses heaped in town squares. The United States throws Black Hawk helicopters and drug agents at the problem. But in secret, Washington is confused and divided about what to do. "Who are these mysterious figures tearing Mexico apart?" they wonder.

Noted Mexican American journalist Alfredo Corchado refuses to shrink from reporting on government corruption, murders in Juarez, or the ruthless drug cartels of Mexico. One night, Corchado received a tip that he could be the next target of the Zetas, a violent paramilitary group - and that he had 24 hours to find out if the threat was true. Midnight in Mexico is the story of one man's quest to report the truth of his country - as he races to save his own life.

The world has watched stunned at the bloodshed in Mexico. Thirty thousand murdered since 2006; police chiefs shot within hours of taking office; mass graves comparable to those of civil wars; car bombs shattering storefronts; headless corpses heaped in town squares. The United States throws Black Hawk helicopters and drug agents at the problem. But in secret, Washington is confused and divided about what to do. "Who are these mysterious figures tearing Mexico apart?" they wonder. 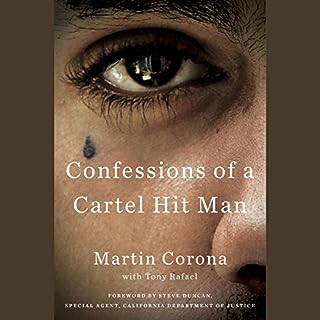 Martin Corona, a US citizen, fell into the outlaw life at 12 and worked for a crew run by the Arellano brothers, founders of the Tijuana drug cartel that dominated the Southern California drug trade and much bloody gang warfare for decades. Corona's crew would cross into the United States from their luxurious hideout in Mexico, kill whomever needed to be killed north of the border, and return home in the afternoon. Martin Corona played a key role in the downfall of the cartel when he turned state's evidence.

Confessions of a Cartel Hit Man

By: Martin Corona, and others 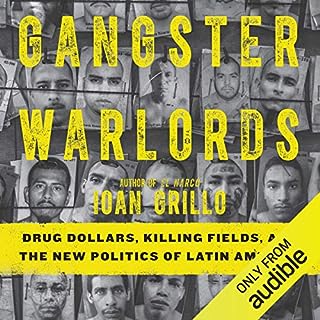 In a ranch south of Texas, the man known as The Executioner dumps 500 body parts in metal barrels. In Brazil's biggest city, a mysterious prisoner orders hit men to gun down 41 police officers and prison guards in two days. In Southern Mexico a meth maker is venerated as a saint while enforcing Old Testament justice on his enemies. A new kind of criminal kingpin has arisen: part CEO, part terrorist, and part rock star, unleashing guerrilla attacks, strong-arming governments, and taking over much of the world's trade in narcotics, guns, and humans. 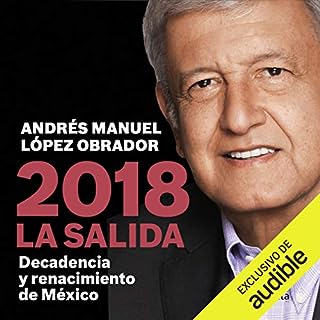 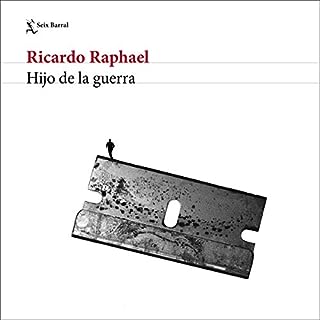 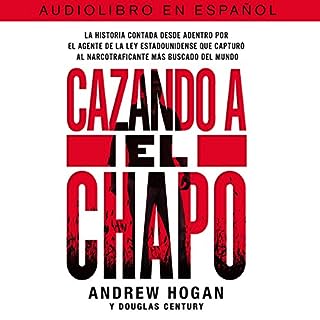 By: Douglas Century, and others 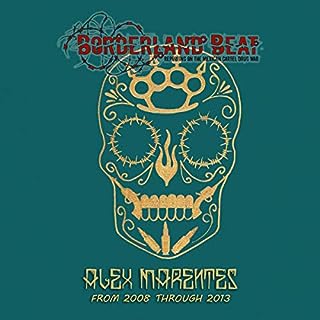 The Borderland Beat project is collaboration from a group of people of different backgrounds located in the US and Mexico that gather information related to the Mexican drug cartels and presents it in English through the internet, publications, and presentations. The information in this audiobook is fast-paced, with a lot of drug trafficking organization (DTO) information thrown at you at once. It's filled with hit men activity and the Mexican government's attempt to intervene, but it also contains a lot of direct, behind-the-scenes information from the author. 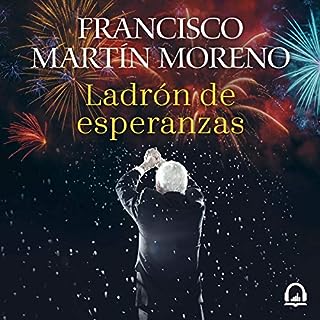 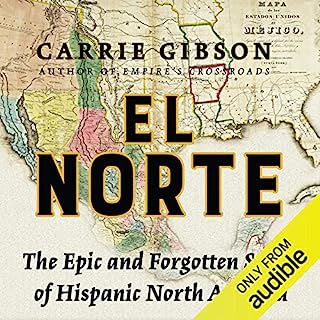 Because of our shared English language, as well as the celebrated origin tales of the Mayflower and the rebellion of the British colonies, the United States has prized its Anglo heritage above all others. However, as Carrie Gibson explains with great depth and clarity in El Norte, the nation has much older Spanish roots - ones that have long been unacknowledged or marginalized. The Hispanic past of the United States predates the arrival of the Pilgrims by a century, and has been every bit as important in shaping the nation as it exists today. 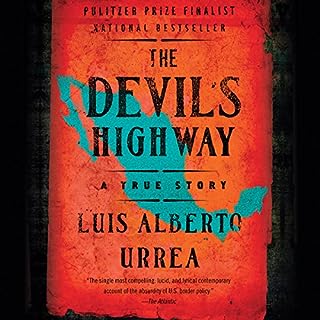 The author of Across the Wire offers brilliant investigative reporting of what went wrong when, in May 2001, a group of 26 men attempted to cross the Mexican border into the desert of Southern Arizona. Only 12 men came back out. 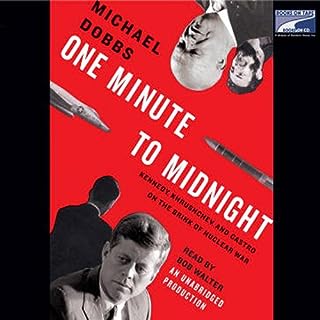 In October 1962, at the height of the Cold War, the United States and the Soviet Union appeared to be sliding inexorably toward a nuclear conflict over the placement of missiles in Cuba. Veteran Washington Post reporter Michael Dobbs has pored over previously untapped American, Soviet, and Cuban sources to produce the most authoritative book yet on the Cuban missile crisis.

One Minute to Midnight 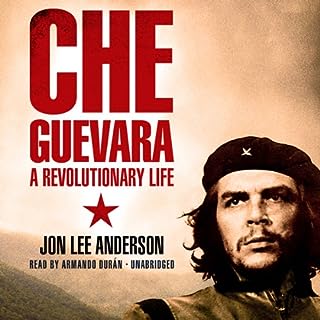 Che Guevara was a dashing rebel whose epic dream was to end poverty and injustice in Latin America and the developing world through armed revolution. Jon Lee Anderson traces Che's extraordinary life from his comfortable Argentine upbringing to the battlefields of the Cuban revolution, from the halls of power in Castro's government to his failed campaign in the Congo and his assassination in the Bolivian jungle. 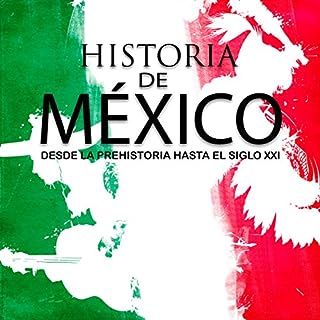 On September 26, 2014, 43 male students from the Ayotzinapa Rural Teachers' College went missing in Iguala, Guerrero, Mexico. According to official reports, the students commandeered several buses to travel to Mexico City to commemorate the anniversary of the 1968 Tlatelolco Massacre. During the journey, local police intercepted the students and a confrontation ensued. By the morning, they had disappeared without a trace.

Hernández reconstructs almost minute-by-minute the events of those nights in late September 2014, giving us what is surely the most complete picture available. Her sources are unparalleled, since she has secured access to internal government documents that have not been made public and to video surveillance footage the government has tried to hide and destroy. Hernández demolishes the Mexican state's official version, which the Peña Nieto government cynically dubbed the "historic truth." State officials at all levels, from police and prosecutors to the upper echelons of the PRI administration, conspired to put together a fake case, concealing or manipulating evidence, and arresting and torturing dozens of "suspects" who then obliged with full "confessions" that matched the official lie.

In the wake of the students' disappearances, protestors in Mexico took up the slogan "Fue el estado" - "It was the state." Hernández's book is the one that gives most precision and credibility to the claim. By following the role of the various Mexican state agencies through the events in such remarkable detail, she allows us to see exactly which parts of the state are responsible for which component of this monumental crime.

What listeners say about A Massacre in Mexico

It is as if Alexa or Siri is reading a book to you. So monotonous and empty. I had to turn it off and stop listening. Going to buy the Spanish version instead. Wish I could get a refund.

This is a book about a violent incident that made the headlines a few years ago, and I was amazed by the complexity of the real story. However, getting through the book was a grueling experience. There is no clear structure; it feels like the journalist just read the notes she took during her investigation. And there's a tsunami of tedious details, like police report numbers, surveillance camera serial numbers, endless list of names, etc. There are many dead ends that are needlessly explored in details, and way too many protagonists to keep track of. The journalist also lets her political views influence her reporting, and this is unfortunate because it minimizes the role played by the victims in their own tragic end, which strips the story of its nuances and leaves us with a black and white version of a really complex chain of events that can shed light on many aspects of life in Mexico. This is the kind of story that would make a terrific documentary series on Netflix, but in its current form it's really challenging to get through.

The story is interesting with very detailed account of coverup, too detailed to the point that I was get bore listening to the entire book.

The heavy agitator tone of the book undermines the message. Presenting many disputed matters as fact and abusing adjectives. Pejoratives like paramilitary and titles such as innocent civilian are used without defining or proving them. Digressions are common, and guilty by association logic is used. Facts, when told, are sensationalized and occasionally what is presented as fact is demonstratively false. A perfect example: The author cited tanks and soldiers in the streets as "government's consistent answers to poverty and addiction." However, Mexico doesn't have tanks and their army is tasked with fighting cartels. In the US, Federal troops aren't allowed to deploy domestically and the counter-riots by National Guard forces don't involve tanks and aren't anywhere near common enough to be called "consistent answers to poverty." Even if you agree what the author is arguing, the book itself is garbage. I'd bet the author is/was involved in something dirty.