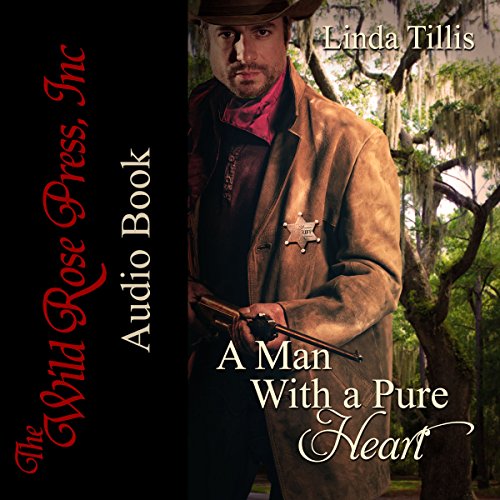 A Man With a Pure Heart

A Man With a Pure Heart

Samuel Hinton learned at the tender age of 15 just how violent some men could be. But as a detective with the police force in 1910, he must deal with the murder of a schoolteacher, and he is shocked by the brutality.

Kathleen Campbell travels to rural Florida to seek justice for her sister’s death. What she finds is an instant and unexpected attraction to the handsome investigator who swears he will find the killer.

Another murder fills Samuel with a sense of urgency as he struggles with the depth of his feelings for Kathleen, knowing she could be the man’s next victim despite her independent spirit. And he must battle his desire to kill the man he seeks, a killing that would clash with his beliefs.

Wow! The first book in this series gripped at the heart and had me in tears within the first few pages. So I had to read this one!

This book had you feeling like it was a mystery, sweet romance at the beginning and then once I hit the middle.. I had to keep going to see what was going to happen.

There are a few descriptive scenes that did make me cringe being a woman which meant the author did her job of pulling me in deeper and feeling for the characters.

At one point I was screaming in my head “Don’t go in the water” then thankfully the girl had a boat. I live in FL and know full well that there are gators lurking.

loved it so much

this book was stupendo incredible amazing and a lot a lot match the book wasn't long but the story was amazing and incredible and I loved it I just loved it so very much it was just great
I was given this free review copy audiobook at my request and have voluntarily left this review.

I wish I could give this book more than five stars because it certainly deserves it. This is a heartwarming sweet romance with action and suspense and so much more. The love and care Samuel shows everyone is nothing less than inspirational. I fell in love with both Samuel and Kathleen, they are such a wonderful couple. I am awed at how Linda Tillis and T. J. Allen drew me into the story and didn't release me until I had it finished. It was difficult to believe that there was only one narrator T. J. did such an amazing job with the voices. This book, and the one before it, will stay with me for a long time and I know I will go back and listen to them over and over again. I will not hesitate to recommend this book to friends, family and acquaintances....in my opinion everyone should read or listen to this book and the one before it, A Heart Made For Love. I received a free copy of this book and have voluntarily provided this unbiased review and do so with absolutely no hesitation.