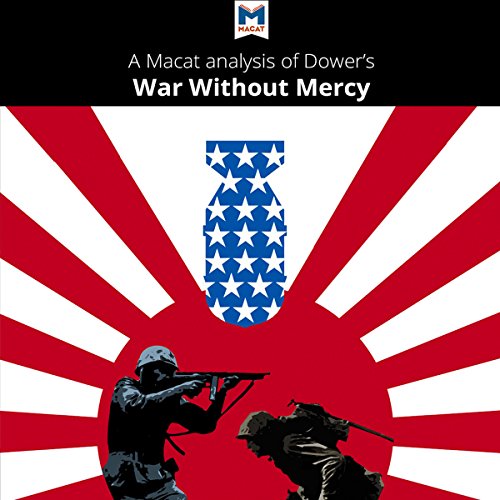 A Macat Analysis of John W. Dower's War Without Mercy: Race and Power in the Pacific War

In his 1986 book War Without Mercy, American historian John Dower examines Japanese-American relations during World War II and investigates links between popular culture, stereotypes, and extreme violence. He argues that it was the concept of racism - used equally by both sides - that underpinned the military conflict and led to a particularly brutal war in the Pacific and East Asia.

Racial stereotypes were deliberately transmitted through mass media and government propaganda on both sides, transforming enemy forces into subhuman characters that deserved to be dominated. Fueling such fear and loathing of the "inferior other" created a certain mind-set among American and Japanese soldiers that saw them focusing on the utter destruction of an enemy believed to be beasts and vermin.

Dower argues that after hostilities ceased, these racial stereotypes did not disappear but were reused to describe whichever new enemy emerged.

War Without Mercy has won several prizes, including the US National Book Critics Circle Award, and Dower remains one of the most important contemporary scholars on Japanese-American relations.

What listeners say about A Macat Analysis of John W. Dower's War Without Mercy: Race and Power in the Pacific War