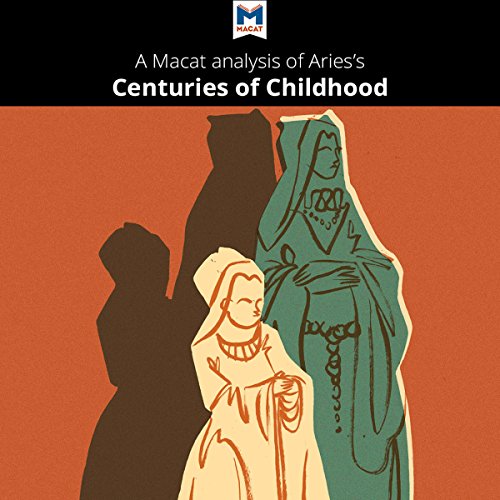 A Macat Analysis of Aries's Centuries of Childhood

A Macat Analysis of Aries's Centuries of Childhood

Note: This is a summary and analysis of the book and not the original book.

With 1962's Centuries of Childhood: A Social History of Family Life, Philippe Ariès didn't just produce the first history of childhood. He also helped popularize the idea that history should focus on ordinary people. Studying the demographic and cultural evolution of modern society was his life's work, and this book was his most significant contribution.

Ariès argues that the concept of childhood did not even exist until the 17th century: before that, children were regarded simply as small people. Many scholars disagree, yet they concede that Centuries of Childhood spearheaded an important discussion. When the "discovery" of childhood came about, it was not because children had changed, but because there had been a change in people's mentalities. Ariès argues that mentalities are a more powerful force for changing society than economic, political, or population factors.

Even if his conclusions are no longer widely accepted, Ariès's work is still important because he was the first major scholar in what is now the thriving academic discipline of childhood and family studies.