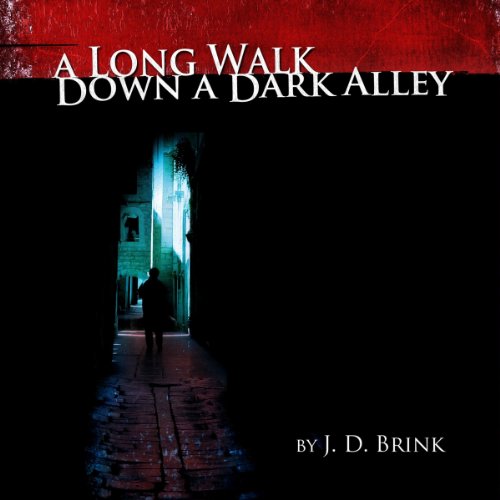 A Long Walk Down a Dark Alley

A Long Walk Down a Dark Alley

By: J. D. Brink
Narrated by: Gardner Goldsmith
Free with a 30-day trial

A trio of dark tales told with a sharp noir edge. They feature wise guys and private eyes, black magic, bleak futures, and the feminine wiles of inhuman beauties. This is Valentine's Day with Halloween style. It's sex and violence from that dark corner of your imagination you dare not share with anyone else.

The man they call Shovel is a neutral instrument. When his boss tells him to bloody a man for a tiny wooden doll he does so without question, but in the grip of the doll's spell even Shovel can't remain neutral for long.

It's hard being the new guy in town. Dreading another night alone, Paul picks up a girl after hours who wakes in the night hungry for more than romance.

"Eating in the Underworld"

P.I. Harry Celeste is supposed to be hard-boiled. Why, then, has he become so entangled in this sex-bot case? If he isn't careful, he could lose his heart…and his life.

This new edition includes a bonus story of hit men and horror.

What listeners say about A Long Walk Down a Dark Alley

This was a good mix of crazy, horror short stories. Very imaginative and the added music made it a bit like a radio show, an X rated radio show.

probably no, these were short stories and like a material for a TV-show.

This was 2nd J.D. Brink book I listened. It included 3 + 1 horror/mystery stories and backround story about his inspiration for these stories. There were no weak stories, but not great ones either. There were no true suspense moments and stories felt little bit old or heard before ones. As he described his inpiration, being a kid in 80's and new kid(adult) in town, leaves lots of time to spend alone and lots of time to read and watch TV. So these stories seems to be seen in X-files, Amazing Stories, Twilight Zone etc.

J.D. Brink has skills for writing stories, but something is missing. Stories are short so there should be that hook in first few minutes to keep a listener or a reader waiting for more. In most of Lovecraft's stories hook is at the end, but usually it is supernatural and so horrifying that it pays to read slow starts. Also everyone knows what to expect when reading Lovecraft.

So if you're not raised with horror stories and mystery TV-shows, dated them again when being teenager and lived with them in new town then these stories might be new to you.

Would you consider the audio edition of A Long Walk Down a Dark Alley to be better than the print version?

I did not read the paper version.

The performance was good. The narrator was able to add that 'noir' feeling to the stories' ambiance.

I recommend these stories. They were dark and completely enjoyable.