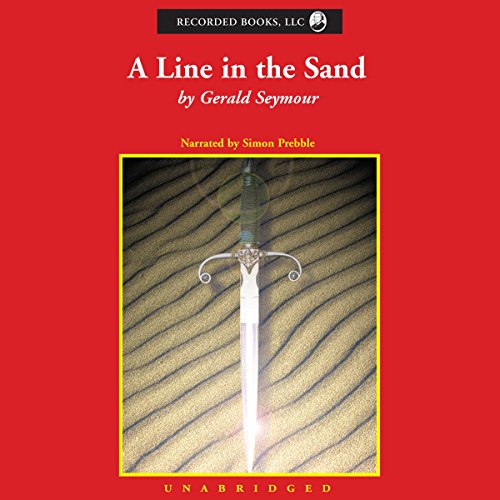 A Line in the Sand

By: Gerald Seymour
Narrated by: Simon Prebble
Try for $0.00

Gerald Seymour’s international thrillers have topped best-seller lists in England and have been made into television movies in both the UK and the United States. Like Ken Follett and John le Carré, he is a master at putting strong characters in compelling situations. When sources reveal that Iran’s top assassin has targeted Frank Perry for his next kill, the British Security Service wants Frank to move from the quiet English seacoast village where he’s been hiding for five years. But having left behind his life and family once before, Frank decides he’s through running. As he and the government take protective measures, Frank discovers an unsuspected enemy: the fears and suspicions of his friends and neighbors.

A Line in the Sand thrillingly examines the political and personal motives that move people to make stands for what they believe in. Narrator Simon Prebble accents a building suspense that will leave listeners breathless with anticipation.

What listeners say about A Line in the Sand

Another great story from Gerald Seymour.
First rate characters.
Simon Prebble is one of my favorite narrators and does a great job as usual.
A must listen!

I liked the whole story line .. very plausible ... and Simon Prebble a wonderful narrator, as always. It would make a great movie!