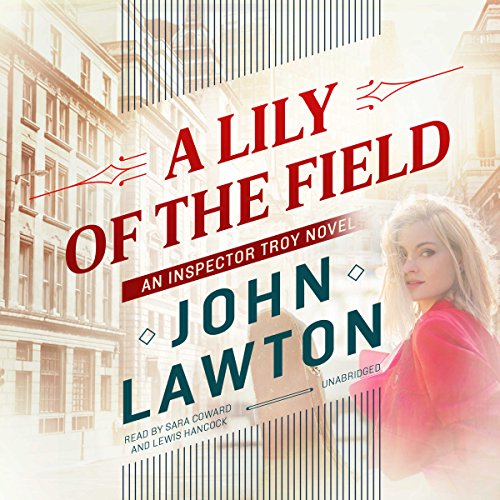 A Lily of the Field

By: John Lawton
Narrated by: Sara Coward,Lewis Hancock
Try for $0.00

Spanning the tumultuous years of 1934 to 1948, John Lawton's A Lily of the Field is a brilliant historical thriller from a master of the form. The book follows two characters - Meret Voytek, a talented young cellist living in Vienna at the novel's start, and Dr. Karel Szabo, a Hungarian physicist interned in a camp on the Isle of Man.

In his seventh Inspector Troy novel, Lawton moves seamlessly from Vienna and Auschwitz to the deserts of New Mexico and the rubble-strewn streets of postwar London, following the fascinating parallels of the physicist Szabo and musician Voytek as fate takes each far from home and across the untraditional battlefields of a destructive war to an unexpected intersection at the novel's close.

The result, A Lily of the Field, is Lawton's best book yet, a historically accurate and remarkably written novel that explores the diaspora of two Europeans from the rise of Hitler to the postatomic age.

What listeners say about A Lily of the Field

John Lawton gets it just right.

A WWII, Cold War and murder mystery all rolled into one, with perfect historical accuracy. Gets the post-WWII English political era to perfection

Two narrators, one sappy, one outstanding

I’m a big fan of John Lawton’s Inspector Troy novels, at least through four or so. And I think Lewis Hamilton is one of the best narrators I’ve found. But this novel is only half narrated by Hamilton. The story is divided into two parts. The first is mostly about a young woman and mostly in Europe. The second is mostly about Troy. Someone made the decision to have a woman narrate the first part. Unfortunately, the woman selected has had a long career in British soap operas. Most of John Lawton’s tongue in cheek, understated, clever turns of a phrase are lost in the narrator’s whispery reading. The second part, narrated by the incomparable Hamilton, then jumps to life. The contrast is so striking that I first thought the first part had been ghost written by someone else. I did not think Lawton would write something so tedious and tiresome. But rereading it I realized that Lawton’s clever writing in part one was simply turned to mush by the narrator. This is actually another great book, but I urge readers to just read part one and then listen to part two, to get the most out of it.

univ to deal with olving start

The first of this book really dragged. The female narrator excised all feeling which made the characters as interesting as cardboard to me. Maybe this was the author's intention: detachment as the best way to deal with inhumanity of pre-war and war torn Europe. And the words spoken are those of the author, but the characters seemed devoid of emotion for me. It is not that I liked or disliked any of them, I just did not care what happened to them.The narration and words made the characters seem like automatons.
But then part 2 arrived with a different narrator, the one who did the first three books (the first three in chronological order), and nuance made its first appearance. The characters seemed fleshed out, in color as it were, and listening to the book became entertainment, not a chore. I have probably underrated the performance and overrated the story in my grades, but the first narrator nearly made me give up on the book.
Part 2 was certainly worth wading through part1, but this was the weakest of the four that I have heard.