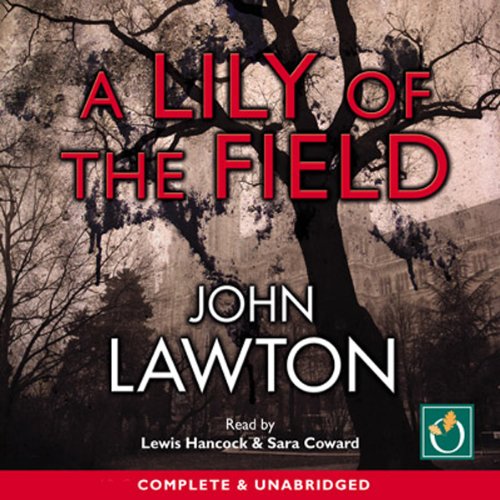 A Lily of the Field

By: John Lawton
Narrated by: Lewis Hancock,Sara Coward
Try for $0.00

Meret Voytek, pupil of professor Viktor Rosen, a Jew in exile from Germany, watches as Vienna comes under Nazi rule and the repercussions for the Jews. Across Europe, Dr Karel Szabo, a Hungarian physicist, has been interned on the Isle of Man. Rescued by the Americans, they recruit him in building an atomic bomb. Moving from Vienna and Auschwitz to the deserts of New Mexico to London, fate carries the enemy alien, Szabo and gentile Voytek, across the battlefields of the destructive war.

‘Lawton’s thrillers provide a vivid, moving and wonderfully absorbing way to experience life in London and on the Continent before, during and after World War II.’ (Washington Post)

What listeners say about A Lily of the Field

There could have been a whole separate stand alone novel about the surrounding characters here and their various reactions to wartime trauma but in the end it gets pulled together with the timeline of the regular characters. Having managed never to find a correct list of the chronological order of these books means I’ve read both later and earlier ones which is frustrating but does add a certain pathos in places.

the best of the Troy books

I love the Troy series . Personally, I think this is one of the best. brilliant

I have enjoyed the series but in some books there is a little too much philosophy and not enough Troy.
all excellent reads or listens and the necessary slavic accents quite well done