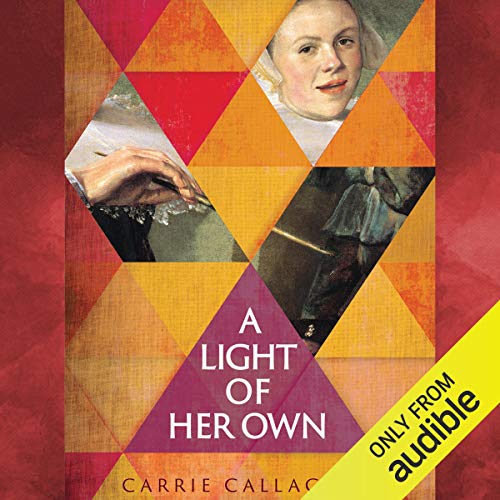 A Light of Her Own

By: Carrie Callaghan
Narrated by: Saskia Maarleveld
Try for $0.00

Judith is a painter, dodging the law and whispers of murder to become the first woman admitted to the prestigious Haarlem artist’s guild. Maria is a Catholic in a country where the faith is banned, hoping to absolve her sins by recovering a lost saint’s relic.

Both women’s destinies will be shaped by their ambitions, running counter to the city’s most powerful men, whose own plans spell disaster. A vivid portrait of a remarkable artist, A Light of Her Own is a richly-woven story of grit against the backdrop of Rembrandts and repressive religious rule.

What listeners say about A Light of Her Own