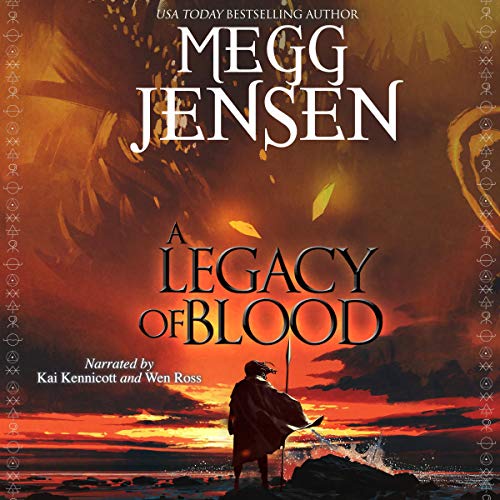 A Legacy of Blood

By: Megg Jensen
Narrated by: Kai Kennicott,Wen Ross
Try for $0.00

The orcs and humans defeated a beast from the underworld with the help of former assassin Tace and her dragon. Despite the orc capital’s destruction, the humans leave for their homeland, turning their backs on new allies. Meanwhile, a dark, magical virus creeps among the orcs, indiscriminately taking lives.

Tace, two human companions, and her dragon seek information that takes them on a chase across Doros, as she desperately tries to rescue her orcs from a plague that threatens their very existence.

When you enter the realms of gods, sacrifices must be made. Tace will do anything to save their lives...but will it cost her own life in exchange?

Dragons of the Nether is an epic fantasy series spanning multiple continents. Orcs, humans, elves, fauns, dwarves, and dragons fight for dominance in a new fantasy world sure to spark the imagination of fans of George R. R. Martin’s Song of Fire and Ice series and Robert Jordan’s Wheel of Time series. By USA Today best-selling author Megg Jensen, A Legacy of Blood is the second novel in the Dragons of the Nether series.

What listeners say about A Legacy of Blood

A legacy of blood

Okay book not as good as the first one.
I really didn't like the ending