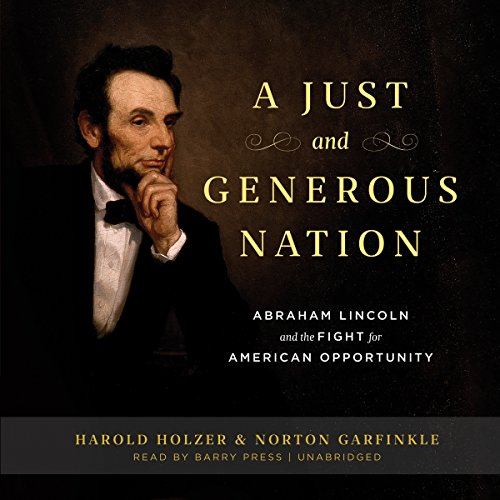 A Just and Generous Nation

A Just and Generous Nation

In A Just and Generous Nation, the eminent historian Harold Holzer and the noted economist Norton Garfinkle present a groundbreaking new account of the beliefs that inspired our 16th president to go to war when the Southern states seceded from the Union. Rather than a commitment to eradicating slavery or a defense of the Union, they argue that Lincoln's guiding principle was the defense of equal economic opportunity. Lincoln firmly believed that the government's primary role was to ensure that all Americans had the opportunity to better their stations in life. As president, he worked tirelessly to enshrine this ideal within the federal government. He funded railroads and canals, supported education, and issued the Emancipation Proclamation, which opened the door for former slaves to join white Americans in striving for self-improvement.

In our own age of unprecedented inequality, A Just and Generous Nation reestablishes Lincoln's legacy as the protector not just of personal freedom but of the American dream itself.