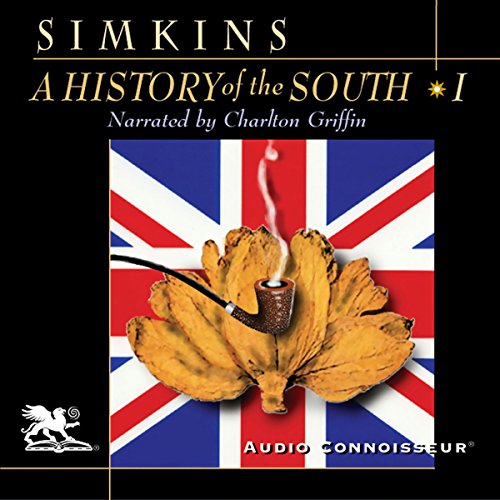 A History of the South, Volume 1

By: Francis Butler Simkins
Narrated by: Charlton Griffin
Try for $0.00

"The South is not quite a nation within a nation. But it is the next best thing," writes F.B. Simkins in this celebrated history, the most complete account of Southern history ever attempted. It is a masterpiece of scholarship combined with elegant style. Within its searing pages are some of the most dramatic episodes of American history. But this is not simply a narrative of political history. In fact, there is almost no mention of military battles or generals in this book. Instead, Simkins has produced an integral history on the lines of Will Durant. As the story moves forward, an account of political developments are discussed in parallel with those of economic, social, intellectual, and artistic changes. The result is an absorbing look at one of our nation's most perplexing and enduring regions.

What precisely makes the South peculiar? Climate? Religion? Race? History? The answer has never been definitively stated, but F.B. Simkins has probably come as close as anyone ever will to unraveling the enigma.

In Volume 1: The Colonial Experience, we hear how the English settlers first came to North America and how their Virginia and Carolina colonies struggled to obtain a foothold. But it would be tobacco that provided the stability they needed. And in its wake came the devilry of slavery, prosperity, and eventual war with England. It also made the South a region apart.

A History of the South continues in Volume 2: The Kingdom of Cotton and concludes in Volume 3: The Crucible of Modernism.

What listeners say about A History of the South, Volume 1

I enjoyed it very much . As a genealogist researching mainly southern history I found its material well presented, and informative. not dry, or filled with too much pontificating. The narrator's voice and dramatic presentation, kept my attention.

I enjoy reading about the history of this region but this one is impossible to enjoy. I had to delete it and write this review less than halfway through. Laughably, dramatically pretentious reading style and a story based more in fiction than in fact.