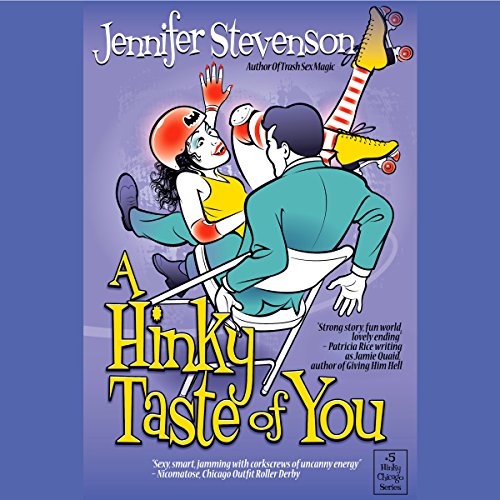 A Hinky Taste of You: Hinky Chicago Book 5

By: Jennifer Stevenson
Narrated by: Chelsea Hatfield
Try for $0.00

Hel became an energy vampire at seventeen and reduced her first lover to ashes. Forty years later, she still looks seventeen. Her life is teaching hyperactive boys, roller derby, and worrying about paying her mother's hospital bills. Nick Jones, federal anti-magic cop, has a secret, too. Magic turns him on, to his shame. This makes it hard for him when he's assigned to recruit Hel. Nick feels guilty for his attraction to a teenager. Hel adores Nick's yummy energy. If he learns she’s a vampire, he'll send her to Hinky Guantanamo. But how can they keep their hands off each other?

What listeners say about A Hinky Taste of You: Hinky Chicago Book 5