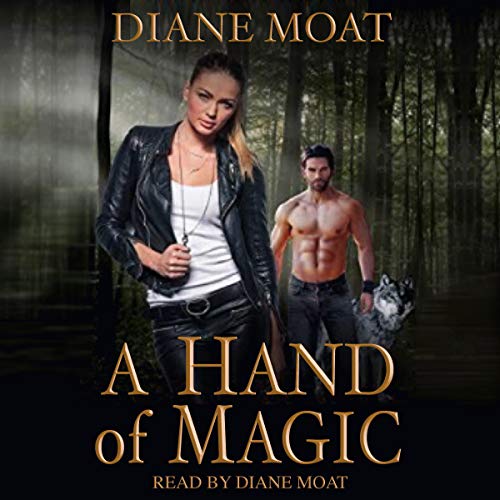 A Hand of Magic

Even in a world of magic...the healer must trust in love to be healed.

Madison, a healer, is running from the venomous were-snakes when she rescues and heals a werewolf pup under attack by a troll. Soon the pup’s werewolf pack finds her...and she is drawn to the pack’s charismatic and alluring Alpha leader, Alex. Madison swore off love long ago, but the more time she spends with the werewolf pack, the harder it is to push Alex away.

Behind his wolfish grin, Alex Spiros’ cautious and dangerous movements mark him as a predator...and the killer for his pack.

Something about Madison arouses the protector in him, and it is not just because she is a healer. He worries about her, and wants her to feel safe after having been forced to be the were-snakes’ healer. To protect her and his pack, Alex declares war against the were-snakes.

Time is running out for Madison and the pack unless Alex can bring the war to a victorious end. As the battle rages, Madison must decide if she is ready to bond with this pack and surrender to the rarer bond with Alex, even if it could all be lost in the upcoming battle.

What listeners say about A Hand of Magic

Such a great audiobook! I can’t wait to listen to the rest in the series! Definitely 5 stars!