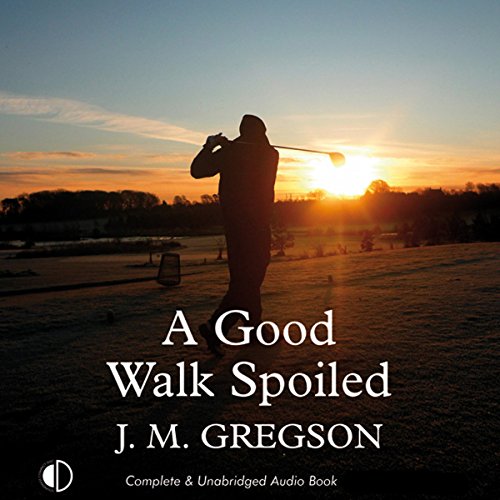 Richard Cullis is Director of Research and Development at the Gloucester Chemicals Company. Late one night, he is dramatically kidnapped and warned to suspend all animal experiments in the laboratories if he values his life. Some weeks later a company golf tournament has a startling conclusion when Richard collapses after dinner.

Murder is suspected, but who administered the poison? Priscilla Godwin, whom Richard assaulted; Ben Paddon, an insider working for an animal rights group; Richard's wife, Alison, who told her priest that she needed a divorce; or Debbie Young, bitter after Richard was promoted to the role she felt she deserved?

Chief Superintendent Lambert and Detective Sergeant Hook are called in to sift the truth from the lies.

What listeners say about A Good Walk Spoiled

Very disappointed and wish I had not wasted my money on this one. The narration was good but it took so long to kill off the smarmy character who you just knew from the outset was the victim that by the time he was dead you didn't care. Plus the way in which the murder scene played out was so tedious, as was the search for the killer which culminated in an ending that truly just drove me insane!

A very very slow listening experience. Takes a long time to get to the story. Rather boring.