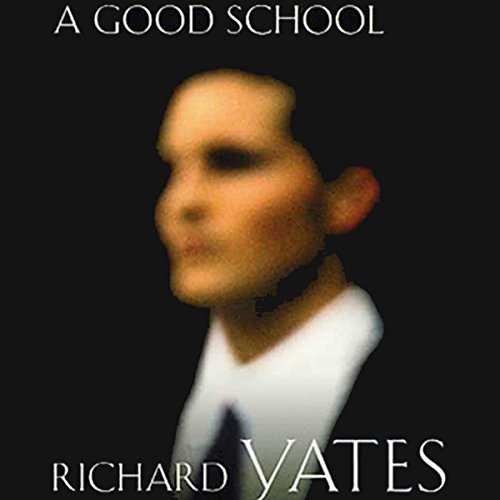 By: Richard Yates
Narrated by: Kristoffer Tabori
Free with a 30-day trial

Richard Yates, who died in 1992, is today ranked by many readers, scholars, and critics alongside such titans of modern American ficiton as Updike, Roth, Irving, Vonnegut, and Mailer.

In this work, he offers a spare and autumnal novel about a New England prep school. At once a meditation on the twilight of youth and an examination of America's entry into World War II, A Good School tells the stories of William Grove, the quiet boy who becomes an editor of the school newspaper; Jack Draper, a crippled chemistry teacher; and Edith Stone, the schoolmaster's young daughter, who falls in love with most celebrated boy in the class of 1943.

What listeners say about A Good School

Three kinds of success by Audible

Since discovering "Revolutionary Road" on audio, and then the inimitable recording of "Easter Parade" last year, I have been holding my breath for more Yates on audio. Now "A Good School" has been released, and it is true to form.

Not only is this Yates' funniest book, but it is also one of his most poignant. With the polyphony of voices brought so wonderfully to life in this recording by Kristoffer Tabori - who is clearly having a blast - it is all but impossible to stop listening. I personally hold Richard Yates to be one the greatest voices to come out of America in the second half of the 20th century. To sum it all up, if you like American fiction, and you want something that is highly entertaining as well as meaningful, then you simply can't go wrong with "A Good School".

There are no words to express my gratitude and appreciation for the fact that some of Yates' work is now being produced this way: with great performances, in excellent sound quality, for a nice price. I really hope that the powers that be decide to go forward with "Young Hearts Crying" - with Tabori on board once more, that would make a fourth kind of success.