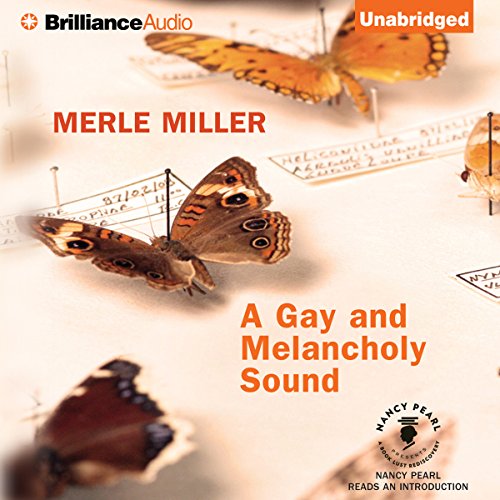 A Gay and Melancholy Sound

A Gay and Melancholy Sound

Child prodigy Joshua Bland’s life has been anything but bland. Joshua’s father abandons him and his mentally imbalanced mother when he is a young boy, leaving him to be raised by a cynical, hostile, and self-doubting stepfather. When Joshua loses a national knowledge competition, his family’s reaction puts him on the path to becoming a World War II veteran, best-selling author, successful producer, and absentee father.

A Gay and Melancholy Sound is a stark, witty portrait of a man who has had a lifetime of extraordinary experiences, yet no emotional connection to any of it.

Book Lust Rediscoveries is a series devoted to reprinting and recording some of the best (and now out of print) novels originally published from 1960 to 2000. Each book is personally selected by NPR commentator and Book Lust author Nancy Pearl and includes an introduction by her, as well as discussion questions for book groups and a list of recommended further reading.

Okay on the voice of the main character, but terrible on secondary characters, especially those with accents.

Merle Miller is deceased: I'm sorry I can't write to him to tell him how much I liked this book.

More of a collection of vignettes

It was difficult to get into this book because I kept expecting an overall, clearly evident story. Then I relaxed and just started enjoying the wonderful language and descriptions and observations of people and events as a collection of vignettes of Joshua Bland's life. It made all the difference.