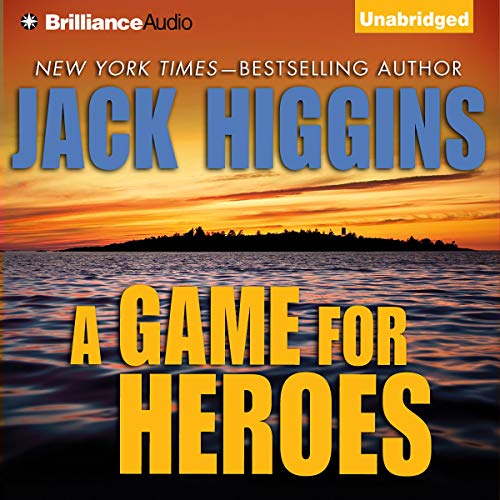 A Game For Heroes

By: Jack Higgins
Narrated by: Michael Page
Try for $0.00

The occupied Channel Islands: the last outpost of German resistance at the end of a long and savage conflict. Most feared amongst them: St Pierre, the heavily guarded fortress chosen by a crazed SS Commandant for his suicidal final stand.With Berlin on the verge of capture, it is the most sensitive mission of the war.An end game that calls for a hero – with something else besides. A game for a battle-hardened veteran ready to lay down his life for his birthplace. And for the woman he left behind….

“Jack Higgins is the master craftsman of good, clean adventure…in the footsteps of Sapper and the great John Buchan” ( Daily Mail)

What listeners say about A Game For Heroes