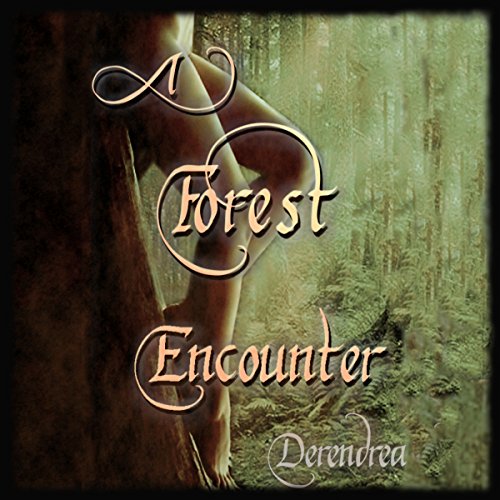 By: Derendrea
Narrated by: Ivy Swanson
Free with a 30-day trial

Clara fantasizes about her riding companion Dathen as they travel through the mysterious Darkwood Forest. What comes to pleasure her instead is more bizarre than anything she could imagine.
©2013 Derendrea (P)2015 Derendrea

What listeners say about A Forest Encounter

Female pleasure in a fantasy scenario

Clara & Dathen are traveling through the mysterious Darkwood Forest. Some very sensual mysteries will indeed be encountered! Just to be upfront in this review, this is an erotica book so some adult themes will be discussed, sometimes using euphemisms and sometimes not.

We started off with Clara fantasizing about Dathen. At first, it wasn’t clear to me that it was a fantasy and it took a little bit for me to realize the two were riding on separate horses, etc. If I have any little criticism about this book, this is it here. I had this initial confusion about the setting and who was where doing what. But sexy things were going on so I didn’t mind all that much. Anyway, things quickly become clear as the two have to make camp for the night.

Dathen seems like a good enough guy, being somewhat oblivious to Clara’s yearnings. We learn very little about him in this book and he is mostly scenery. Very nice scenery. Indeed, this book is all about Clara’s pleasure, which was very nice. I really appreciated the focus being on her enjoyment and exploration.

And there is some very interesting exploration indeed! The Darkwood Forest didn’t get it’s reputation for nothing! There’s a creature in the forest that is very interested in Clara’s pleasure.

In this book, we have some fantasy scenes, and them some scenes where two beings are enjoying each other. These are explicit, hot, and sexy. The author took efforts to describe not just the sex acts but also Clara’s mental arousal, the sensations all along her skin, and the anticipation of exploring the unknown. Indeed, this is no crude story.

This book has a touch of the fantasy genre to it. Clara & Dathen are traveling from point A to point B, so they are armed and dressed appropriately for a long horseback trip. Dathen has a little bit of the adventure barbarian going for him. The most fantastical element is the mysterious forest creature that comes to pleasure Clara. I could see this being the first of many stories placed in this not-yet-fleshed-out fantasy world.

I received a copy of this book from the author (via the Audiobooks Addicts Facebook group) at no cost in exchange for an honest review.

The Narration: Ivy Swanson was OK. She started off really slow in her pacing. Also, she tried to make every word sexy. Honestly, I don’t need every word to be sexy, even for an erotica. Her performance did get better as the tale continued and by the end I was enjoying her voice for Clara and pacing. I would try another book narrated by her to see if her performance quality improves.